Before embarking on a walking tour of Harry Seidler’s iconic buildings, a brief presentation on the history of his firm and the development of his concepts was given at the offices of Johnson Pilton Walker (JPW). Peter Blome, Associate, JPW, gave an introduction about how happy JPW has been with its 13 years in the Plaza Building of Australia Square, the earliest Harry Seidler design on the walking tour and one of his earliest commercial buildings in Australia. The building was the first in Australia Square and has a unique column design at the base due to the Tank Stream, the first water source for Sydney, running under the façade of the building. Paola Favaro, Senior Lecturer, University of New South Wales, and Greg Holman, Principal Architect, Harry Seidler and Associates, kindly acted as guides for the tour and gave the presentation on Seidler. Holman introduced the tour: “One of the interesting things about this group of buildings we are going to discuss today is that they span the beginning of high-rise development in Sydney and they come right through to pretty recent buildings. As the city changes, the approach to the design changes and the problems of the design evolve.” Harry Seidler studied under Walter Gropius at Harvard School of Design before moving to Australia, where the majority of his work is located. At just 37 years old, Harry Seidler designed the first stop on the tour, the Australia Square tower, located just across the Italian-inspired plaza from the JPW offices. This tower is an example of the International Style’s influence on Seidler’s design, with only one column type, one beam type, one floor panel type, and one façade unit used throughout the building. Inside the lobby is a mural by Sol LeWitt that replaced tapestries by Le Corbusier and John Olsen that had originally been picked by Seidler. Throughout the tour, Seidler’s preference for artwork enlivening spaces could be seen. Proceeding through downtown Sydney, the tour then approached the tallest building on the tour, MLC Centre. Completed in 1977, the tower is set off to one side of the site to clear the railway tunnels that run under the site. Favaro remarked “It was a huge improvement in the city of Sydney, and at the same time, just after the main part of MLC Centre was created, Martin Place became a pedestrian area. So there is a very beautiful connection between what Harry Seidler wanted to do and what the city of Sydney decided was the way to go.” Castlereagh Centre is so skinny that it could easily be missed if not pointed out during the tour. When originally approached about the site, it was so small that Seidler said that a tower couldn’t be built on it. Due to city limits of a 12:1 floor area ratio and the small site, the design incorporates gardens climbing through the building to reduce floor plates at lower levels, pushing more floor area higher to get better views and rents. This can also be seen at the ground level, where originally the only enclosed space was a minimal lobby and core, with the majority of the ground plane open as a public space. Holman remarked that the recent renovation to the ground level was not in line with Seidler’s intentions. Stepping back in the historical timeline, Grosvenor Place displays some early sun-shading on a skyscraper. The sun shades are fixed at angles that respond to the angle of the sun based on the orientation. The east- and west-facing shades are aligned vertically to block the low-angle sun and the northern-facing shades are horizontally oriented to block the high summer sun. This tower was designed around the same time as Riverside Centre in Brisbane, but took three and a half years longer to construct, due to Seidler using a composite steel and concrete structure instead of his standard concrete structures. The main cause of the delay was a union strike by the crane operators of the steel portion of the construction causing the concrete core, built by jump form, to far outpace the remaining structure. Across the street from Grosvenor Place sits The Cove, another building that could easily be missed by someone not vigilantly keeping an eye to the sky. The ground level is predominantly a heritage 1909 girls’ school, which the tower overhangs from its small footprint next door. This project was initially started by a different developer, and when Seidler got the project commission, the city restricted him from increasing the floor space. In order to provide the residences access to one of the four view corridors available to the building, Seidler lifted the residences above neighboring buildings and the girls’ school. This created a large void for the podium, in which only very limited floor area could be built. The design team enjoyed this process, as the spaces within the void were modeled as a sculptural exercise. It turned out to be an extraordinary place to end the tour, with the suspended pool being a particular highlight. A special thanks is due to the tour guides Paola Favaro and Greg Holman, JPW, for hosting and to Richard Todd, Technical Director, Mott MacDonald, for organizing. 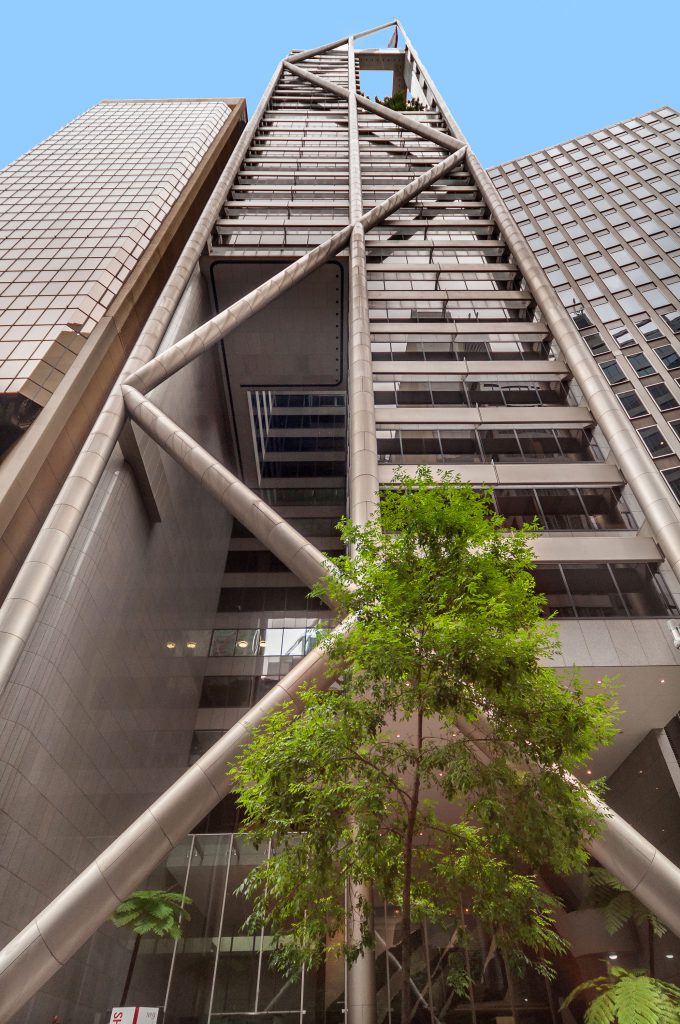 Building site visits on the walking tour are kindly being hosted by: