Collins Street, a core feature of the Hoddle Grid, has been the traditional main street of Melbourne since 1837. The street is known for its grand Victorian architecture, prestigious boutiques and high-end retailers.

The east end of Collins Street is referred to as the ‘Paris End’ or ‘Top End’ due to the abundance of heritage buildings (including 161 Collins Street), local and international boutique shopping and dining and theater culture.

While the west end, historically known as the financial heart of Melbourne, is undergoing significant revitalization and we now see a more modern environment developing including Collins House, Collins Arch, 555 Collins Street and 80 Collins. 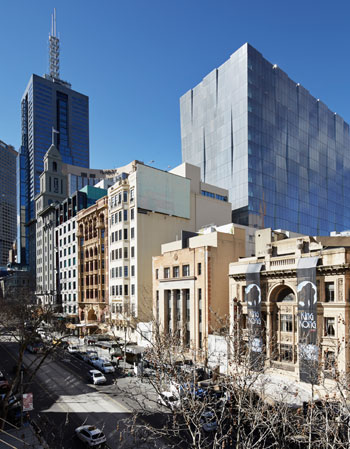