A substantial element of the 2017 CTBUH International Conference in Sydney has been confirmed.

CTBUH is pleased to announce that AMP Capital has confirmed as Diamond Sponsor of the Conference. AMP Capital is the investment arm of AMP Life Ltd., and has developed and occupies some of Australia’s best-known tall buildings, including the 1962 33 Alfred Street, widely considered to be Australia’s first skyscraper.

This involvement is structured around the unique and iconic Quay Quarter Tower, a highly innovative new tower proposed at Circular Quay, Sydney. The tower’s shifting form creates working villages more intimate in scale, stacking them into a tower and then rotating them to maximize views of Sydney Harbour, whilst creating significant outdoor sky garden terraces. Most notably, the tower will retain around 60% of the structure of the existing skyscraper, the AMP Centre.

In addition, AMP will be hosting the Opening VIP Reception of the conference, on the evening of Sunday 29 October, on the fantastic roof terrace of 33 Alfred Street. Recognized as Sydney’s first skyscraper, the tower is located right on the Circular Quay waterfront, and offers spectacular views of the Harbour, Harbour Bridge, and Opera House.

The elegantly curving 33 Alfred Street will host a VIP Networking Event on its rooftop deck, offering a commanding view of Sydney Opera House, Harbour and Bridge. From the top of the tower that started it all, this spectacular event will take place on the evening of Sunday 29 October, setting the tone for a week’s worth of content on the current and future state of building tall Down Under. 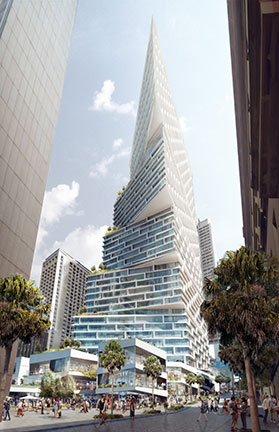 Kim Nielsen, Founder and Principal, 3XN Architects, will deliver a keynote address on the Quay Quarter Tower, a 200-meter building also developed by AMP Capital. The tower, set to open in 2020, comprises five shifting glass volumes stacked upon each other, rotating away from the base. This rotation will enhance views over the Opera House and Sydney Harbour, and helps self-shade the northern façade from intense afternoon sun. 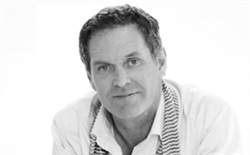 Kim Nielsen, founder and principal of 3XN to deliver a keynote at the conference

Critically, the new project will preserve and restore some of Sydney’s signature laneways that had been obscured or interrupted by earlier projects, allowing pedestrians to pass through its base on a public right of way. Perhaps most remarkably, the Quay Quarter Tower is not a new-build project; rather, it is a radical renovation of an existing 1976 building, the AMP Centre, re-using its structural system but rendering the building almost unrecognizable. The keynote will provide detail on this important milestone project in the quest to build more sustainable skyscrapers and cities.

This is the beginning of a series of announcements revealing critical content for the world’s premiere conference on tall buildings and sustainable cities. Don’t miss your chance to join the action.

The Early Bird Deadline is 26 May 2017, and demand is already strong.