Attendees of the “Polycentric Urban Clusters” program met at the City of Parramatta offices at 126 Church Street. Parramatta is located on the Parramatta River, 23 kilometers west of the Sydney Central Business District and is the second oldest city in Australia, settled in 1788. Parramatta is an important business and transportation hub, and will gain much more significance when the first phase of the Western Sydney Airport, 21 kilometers to the west, completes in 2026.

The program began with coffee and breakfast, and was followed by presentations by some members of the City Council.

Currently there are three buildings completed and four under construction, which are 100 meters or taller in Parramatta. There are 31 more projects in the 100-meter-plus height range proposed, including 8 Parramatta Square, which is planned to reach 233 meters. With such developments on the way, Parramatta’s skyline will rival most of Australia’s major cities in the next 10 years.

The group then proceeded to take a walk up Church Street, which is one of the main north-south streets in the city. Only a few minutes into the walk, the group encountered Lord Mayor Andrew Wilson, who was very accommodating as the group chatted with him.

The tour continued north on Church Street, learning that most of the original low-rise buildings will be preserved while the new towers going up will be set back from the street.

The group then passed Parramatta’s current tallest building; Altitude Apartments (177 meters) before reaching the Parramatta River, crossing Lennox Bridge, which was built in 1839 by convicts.

The group proceeded to walk along the north bank of the river, learning some history. For instance, the April 2015 flood reached 2.8 meters over the river’s banks, with catastrophic results. The group the river over the next bridge to the east and walked along Phillip Street, observing some new buildings that have gone up.

The walking tour ended and the group boarded a RiverCat ferry at the Ferry Terminal, and took a scenic cruise down the Parramatta River, terminating at Circular Quay in Sydney Harbour. The weather was perfect, and thanks are due to all who made the program a memorable event. 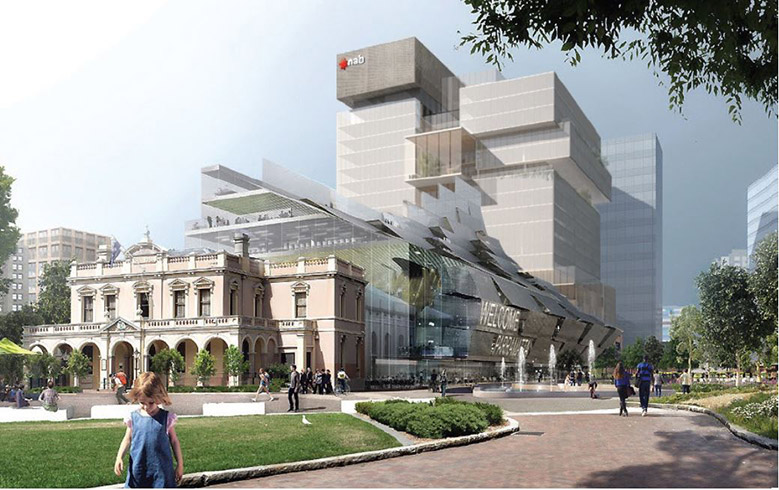 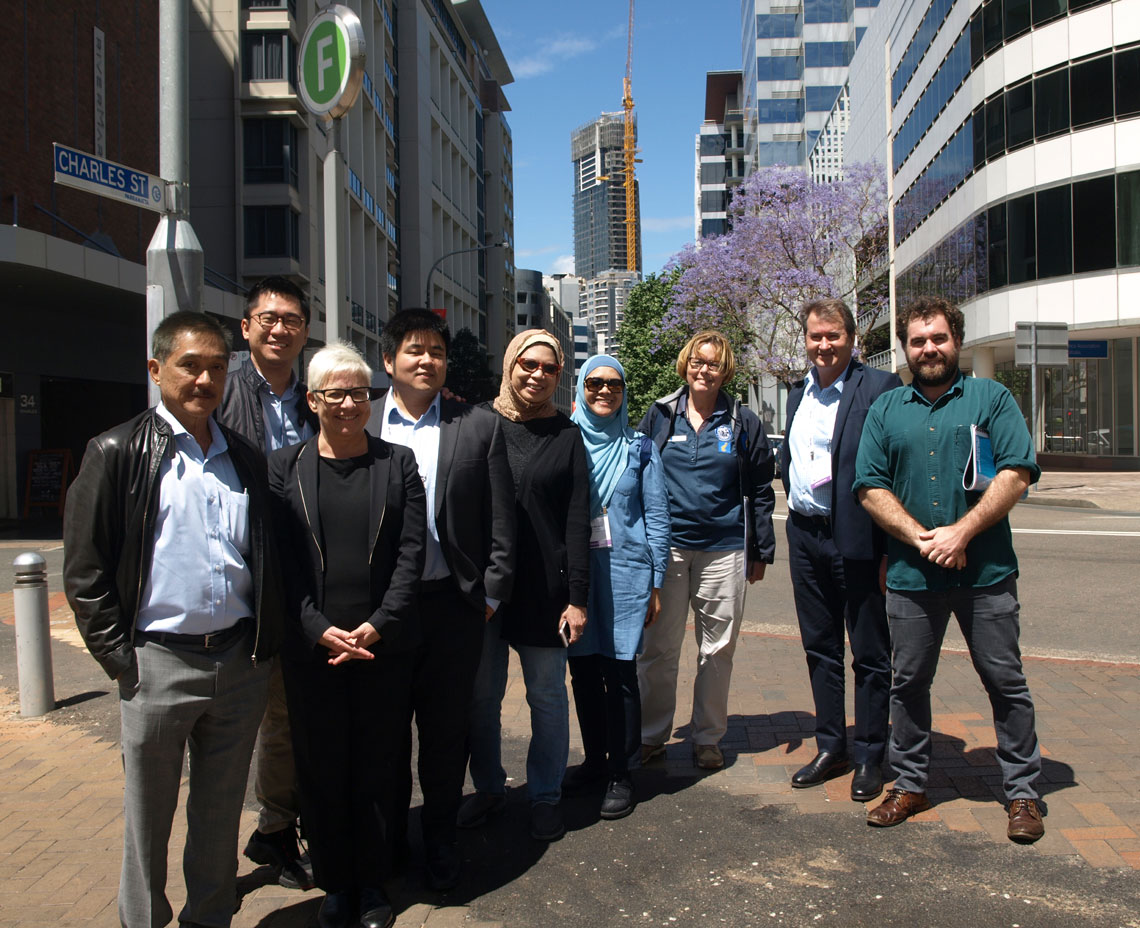 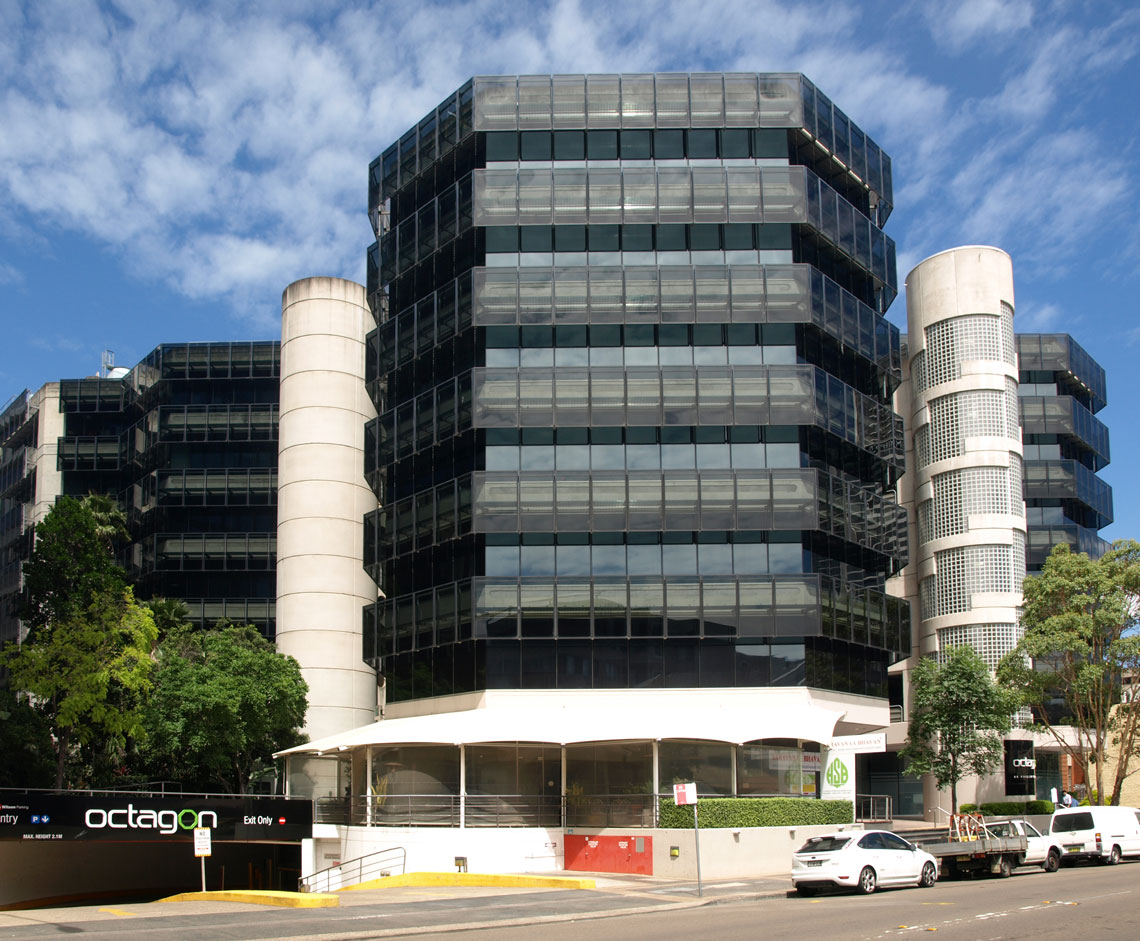 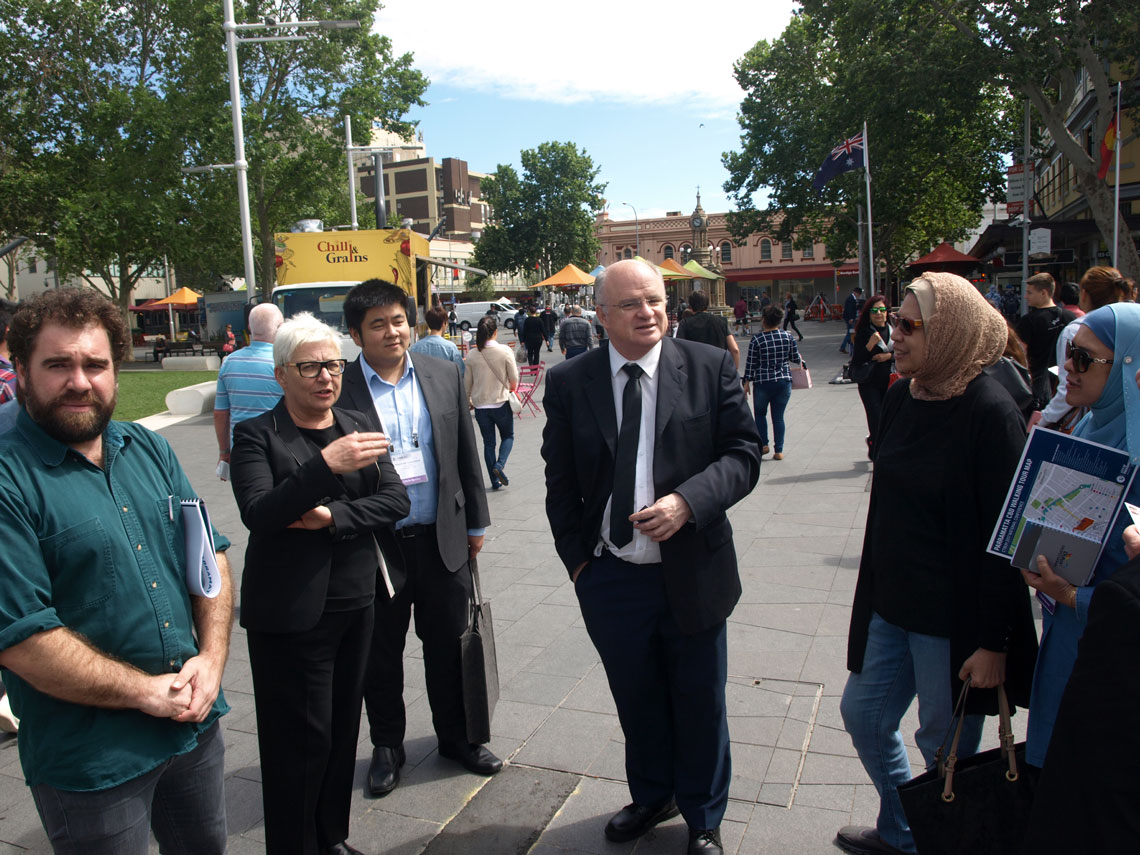 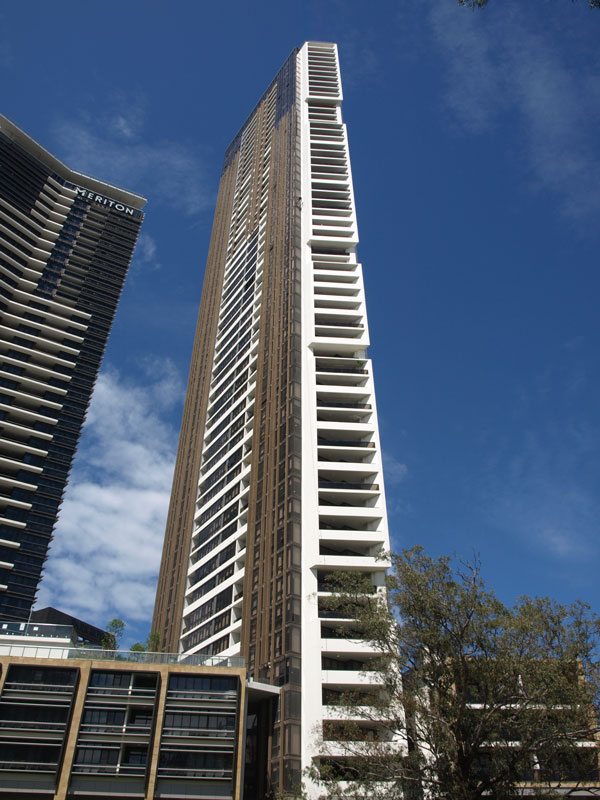 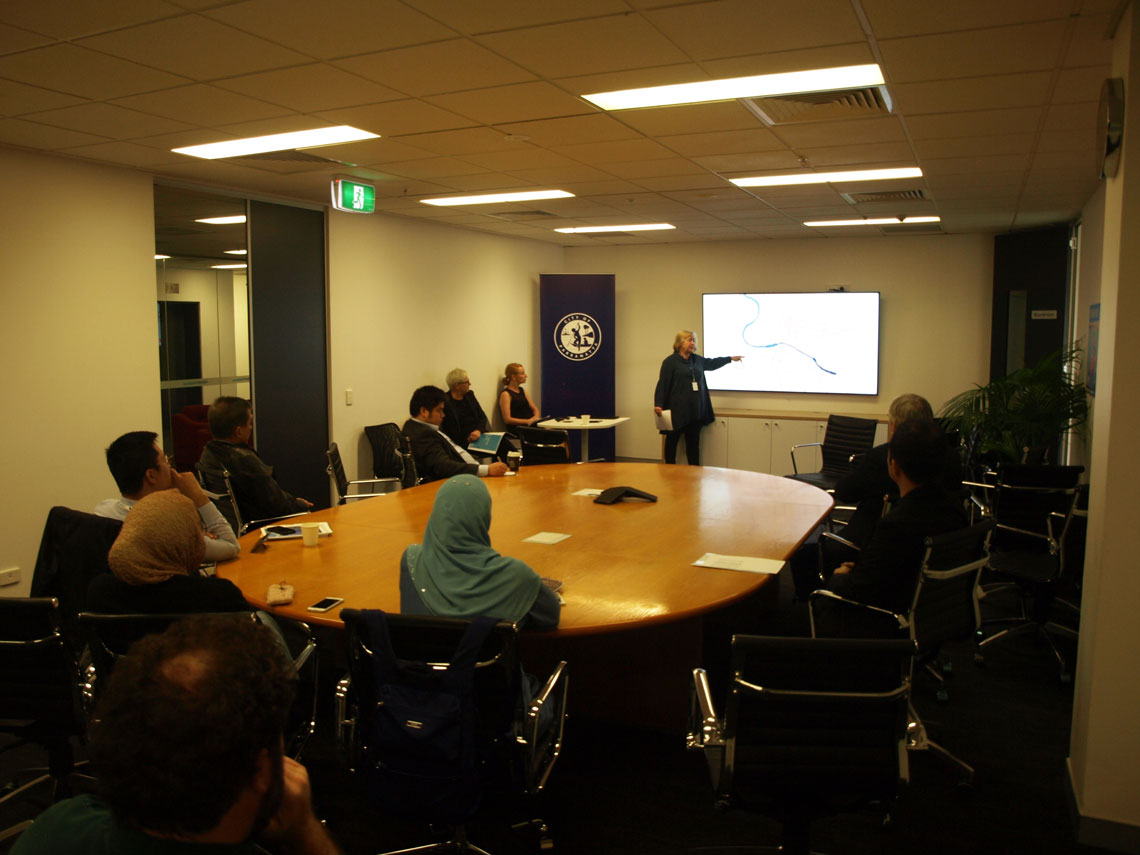 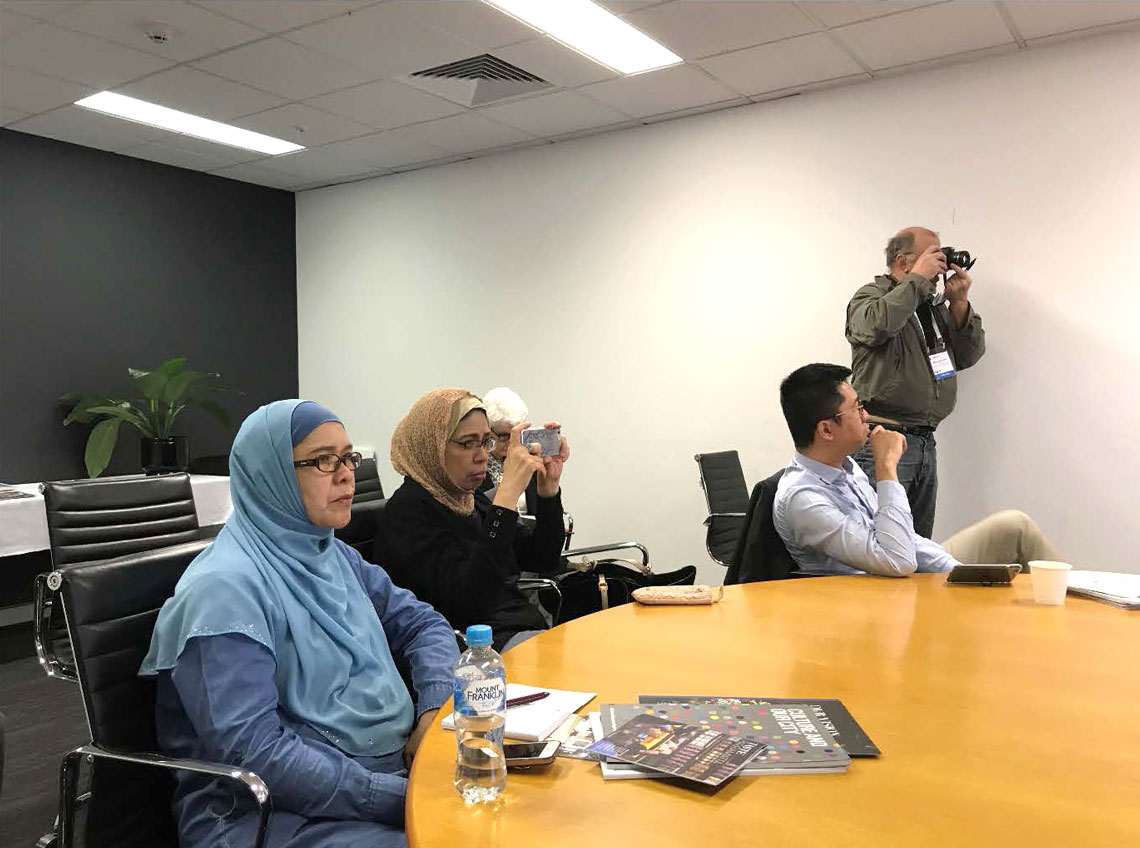 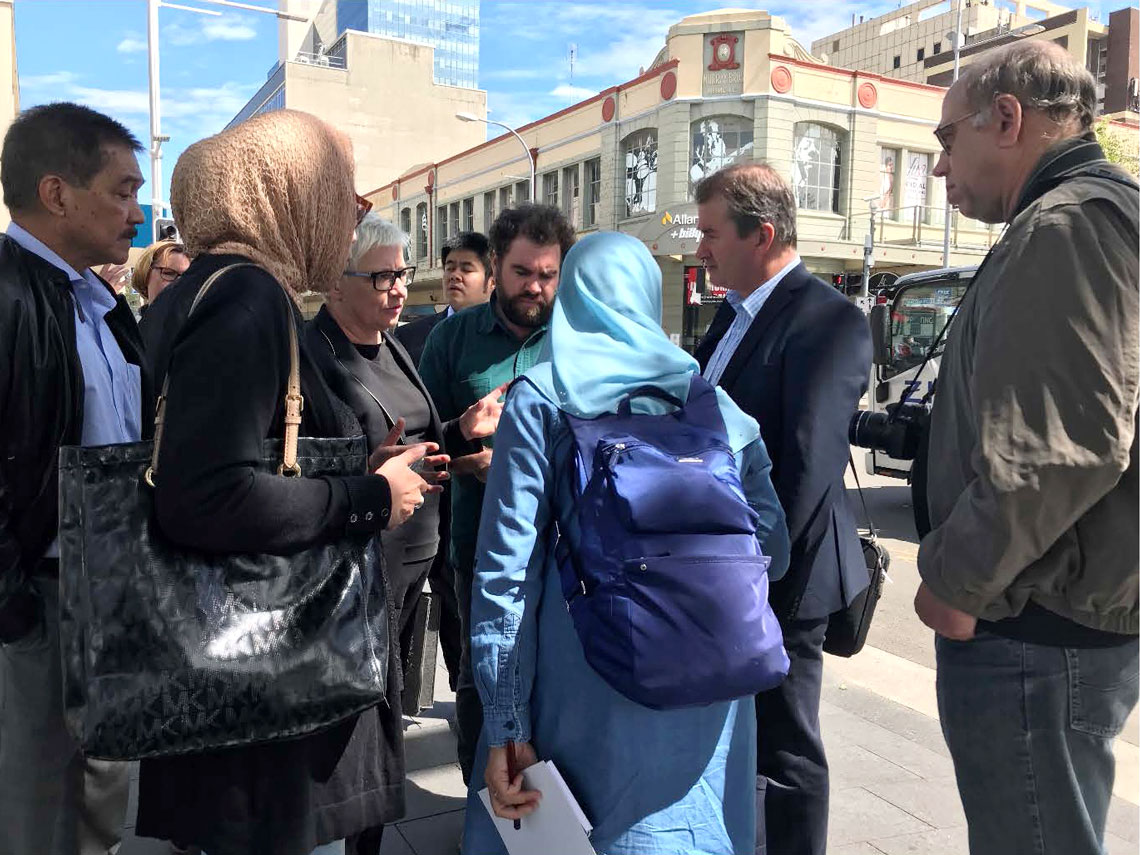 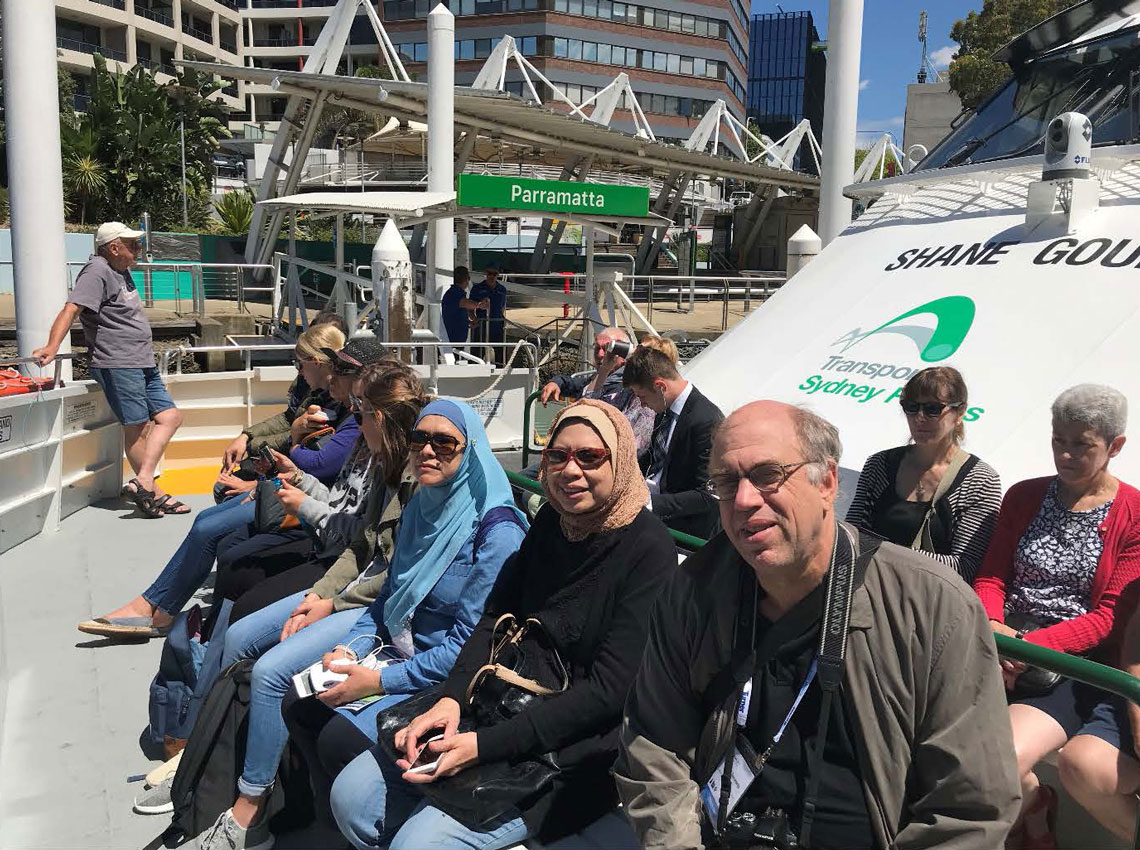 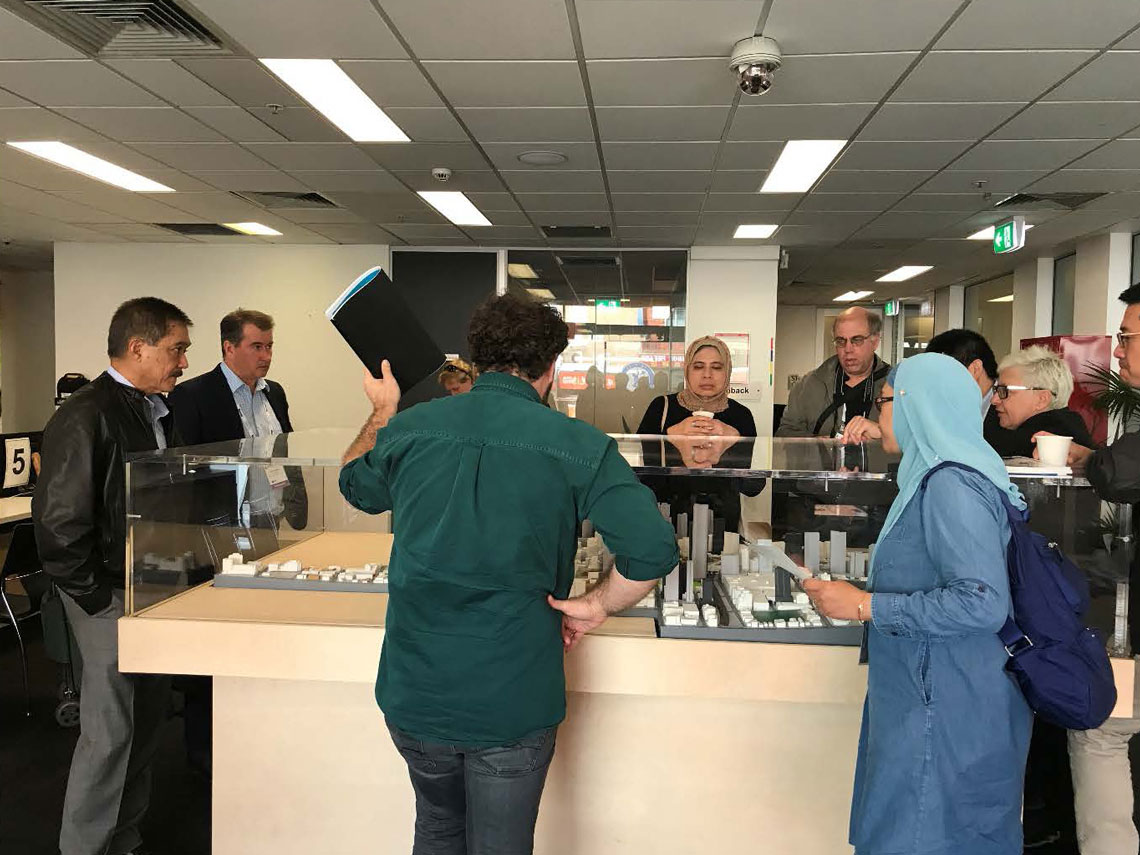 Beginning as an architectural design competition, 1 Parramatta Square was the first phase of a new master plan for a pedestrianized center of Parramatta. The building is marriage of a six story office tower and an eight level campus building serving as the new flagship location for the University of Western Sydney. A large centralized atrium offers the students an opportunity to move between the floors, creating a vertical campus, while ground floor retail activates the base of the building and ties it into an entirely new promenade running through the block and visually aligned to nearby St. John’s Cathedral. The building is well suited to take advantage of Parramatta’s intermodal transportation network and received a 5 Star Green Star rating from the Green Building Council of… Read More