The EY Centre, home to Mirvac’s Headquarter office, was the site of off-site program The Changing High-Rise Workplace. Simon Healy, General Manager of Commercial Development, Mirvac Developments, began the program with a discussion on the evolution of the workplace. Studies have shown that comfort and wellness in the workplace increase efficiency and profit; thus, innovative strategies to achieve wellness have become increasingly popular among tenants. Healy said that the EY Centre has one plant per employee, and Mirvac is utilizing artificial intelligence, open seating, and open layouts to create a positive office environment. These strategies have resulted in Mirvac becoming the first Australian company to get a Gold Star wellness rating.

The entry sequence to the Mirvac space typifies this approach. The five-story corporate headquarters located within the EY Centre is actually structured in an unprecedented way. When visitors depart the elevator, they are greeted with a large bar, comfortable sofas, coffee tables, and large TV monitors. This is meant to evoke a more comfortable feel, reminiscent of a hotel lobby, for the visitors and employees, and this philosophy is mirrored throughout the design of the entire building.

With wellness in mind, Richard Francis-Jones, Design Director, Francis-Jones Morehen Thorp (FJMT) Pty Ltd, designed the building as a tribute to Australia’s natural beauty and history. The building’s façade is constructed of natural timber, while the inside consists mainly of yellow box sandstone and granite, materials that are abundant in Australia, Francis-Jones said.

This idea is reflected across the Sydney skyline; with its glazing of yellow and orange, the EY Centre stands out as a warm icon, with Sydney’s traditional gray and concrete structures composing the building’s backdrop. As one approaches the building, this idea is further reinforced by the building form, which uses soft curves and chamfered corners that are detailed with wooden cladding elements. These wood details are reflected in the interior, as the windows have incorporated wooden shades. The tower also utilizes a responsive skin, which prevents any glare or direct sunlight from entering the building. These two features provide the interior spaces with a “mood lighting” effect that is similar to what could be found in modern bars and restaurants, but this unique feature for an office space is (somewhat surprisingly) quite desirable and appealing.

Francis-Jones informed the tour group that these natural materials are abundant in Australia, and were used for the specific purpose of creating a natural feeling throughout the building. The use of these natural materials also allows the EY Centre to adjust to its environment. According to Francis-Jones, the building looks different depending on light and weather conditions.

Michael Wheatley, Development Director, AMP Capital Investors, ended the tour by describing the greater impacts of the EY Centre on Sydney. The EY Centre is one of many high-rises in Sydney, and Wheatley explained the attraction to high-rises is that they make the city more livable. Equally important is that high-rises provide collaborative and flexible spaces that promote community and diversity. The EY Centre achieves this through its atrium. The upper levels of a building are traditionally viewed as the most valuable part of a building, but in the EY Centre, the atrium was built with the intent of providing a space for people to connect. According to Wheatley, this gives the atrium equal – if not more – value than the upper levels.

Following a tour of the entire office space, the delegates departed to continue exploring Sydney on their own. 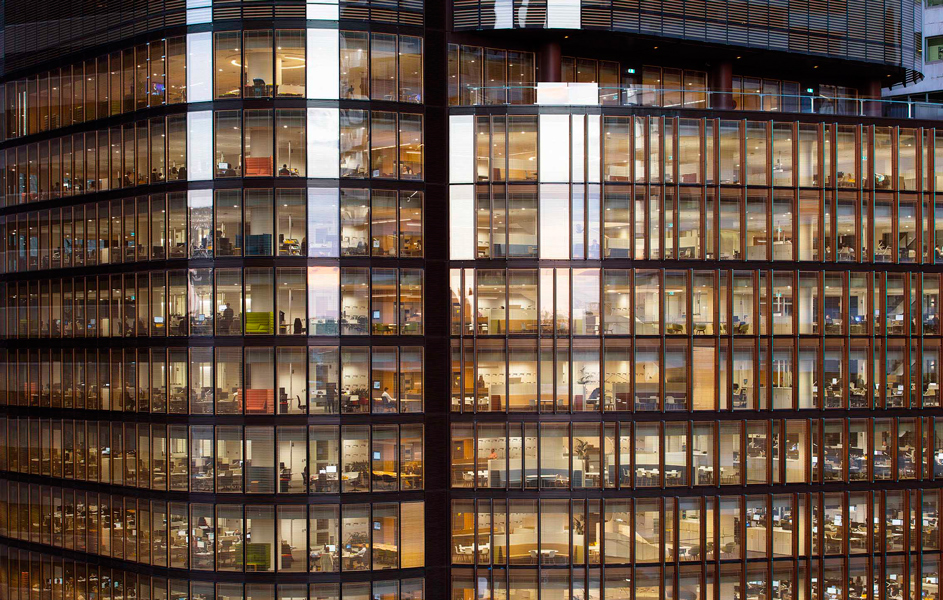 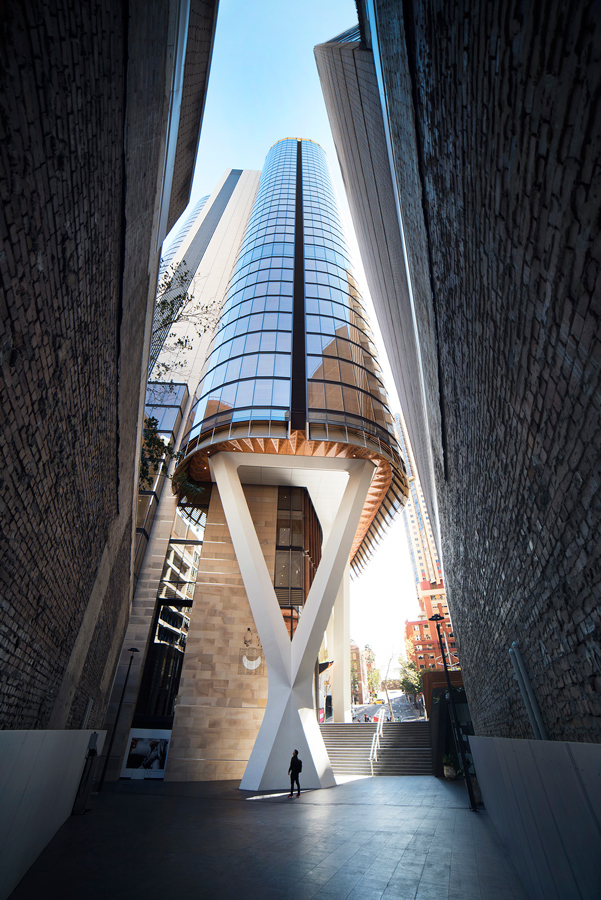 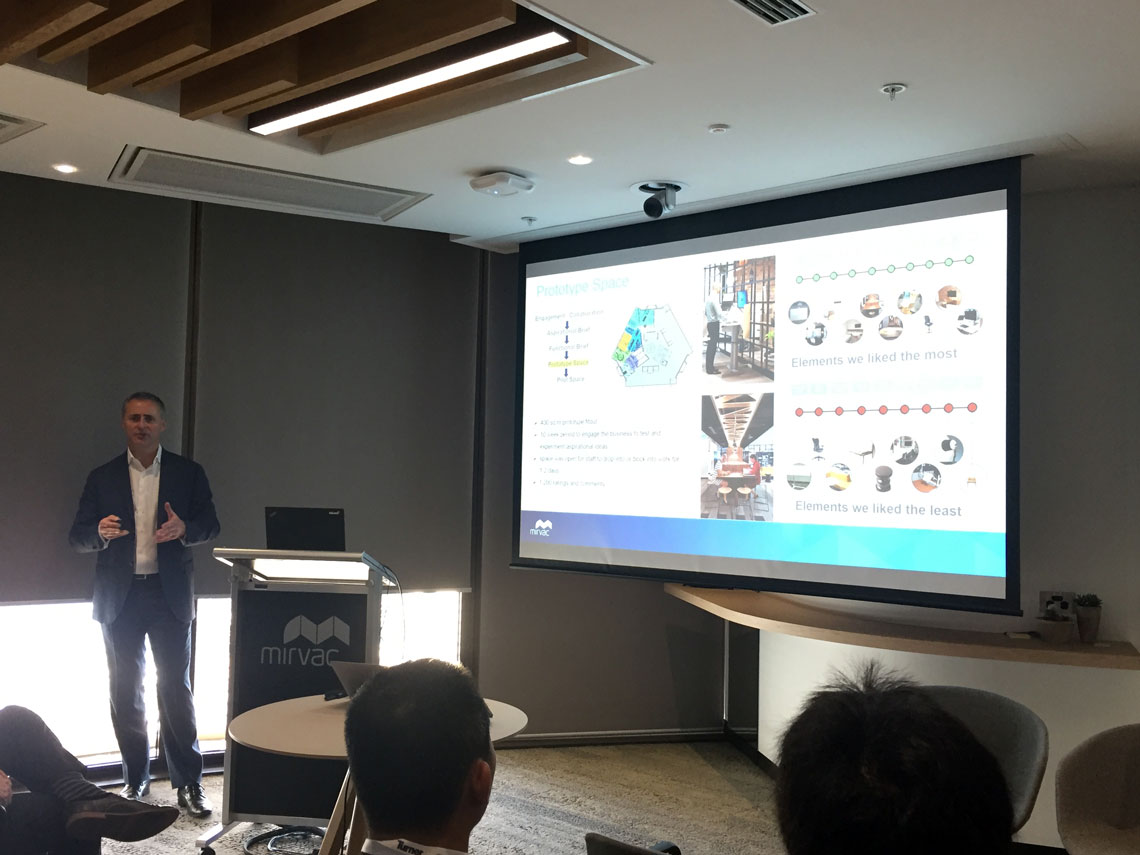 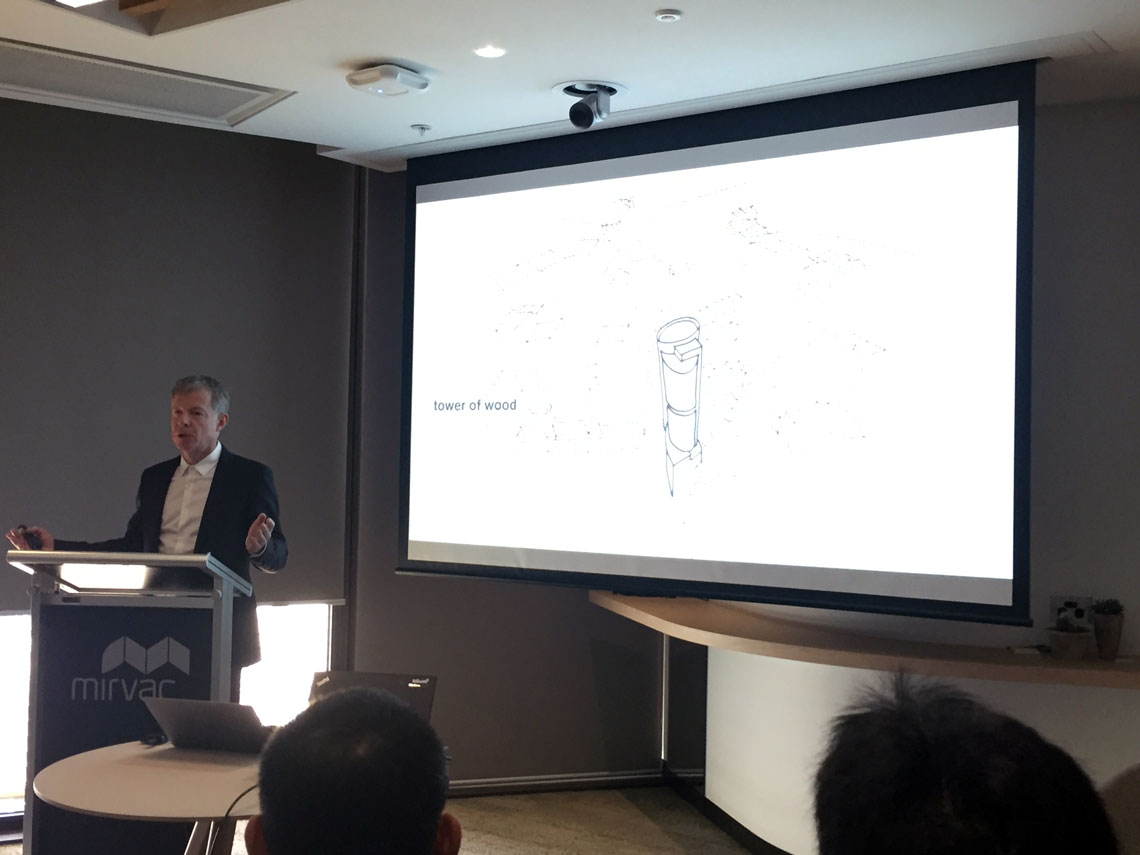 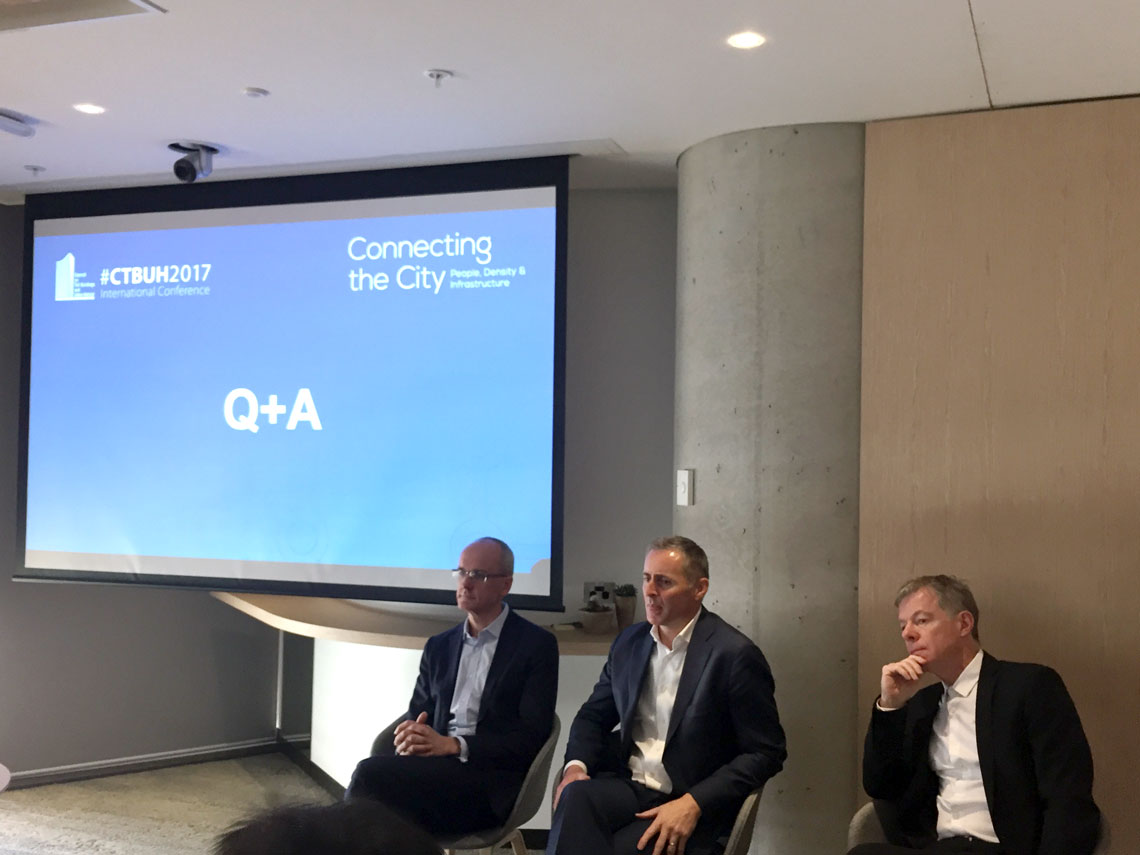 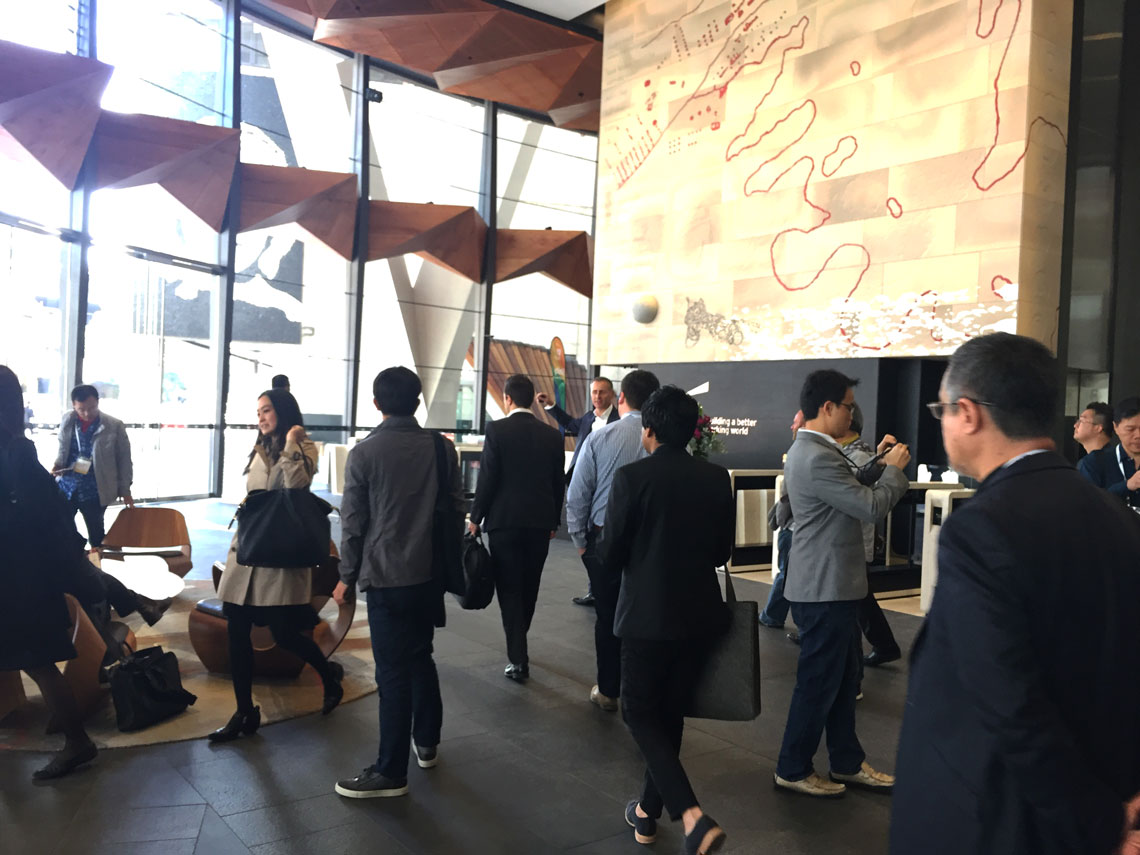 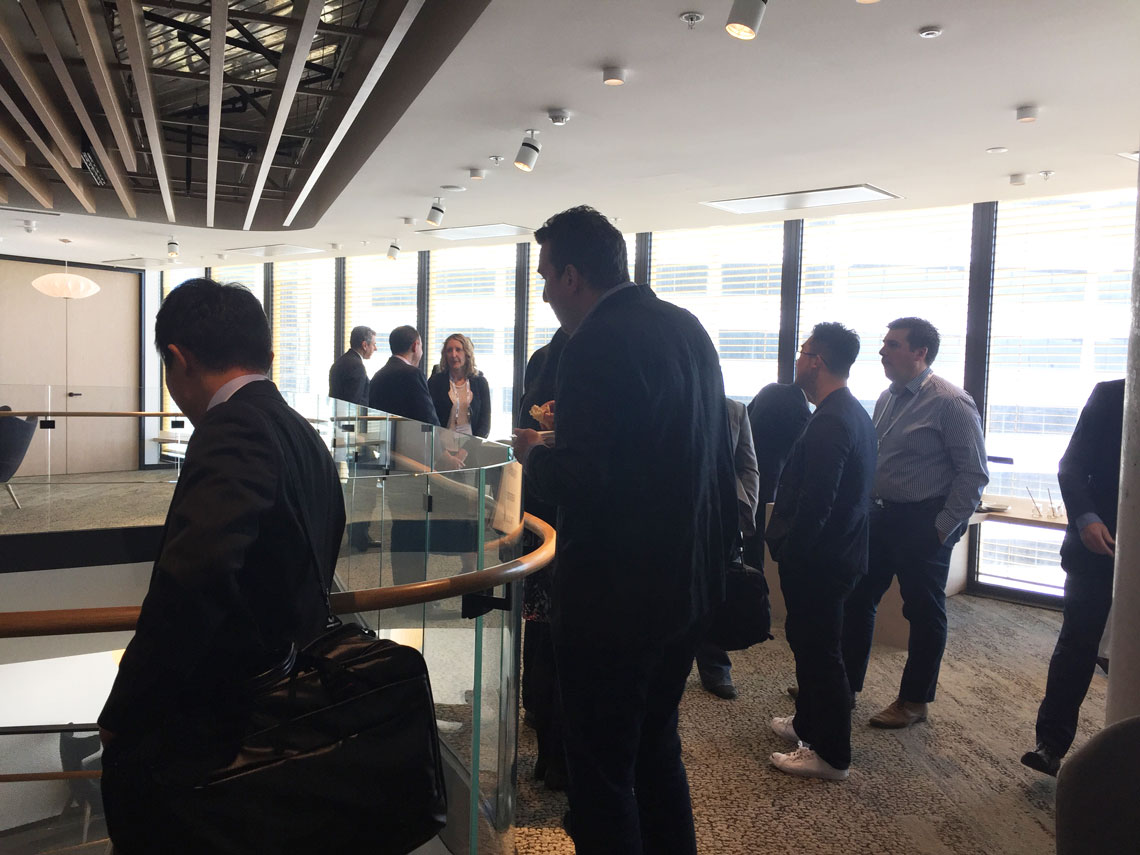 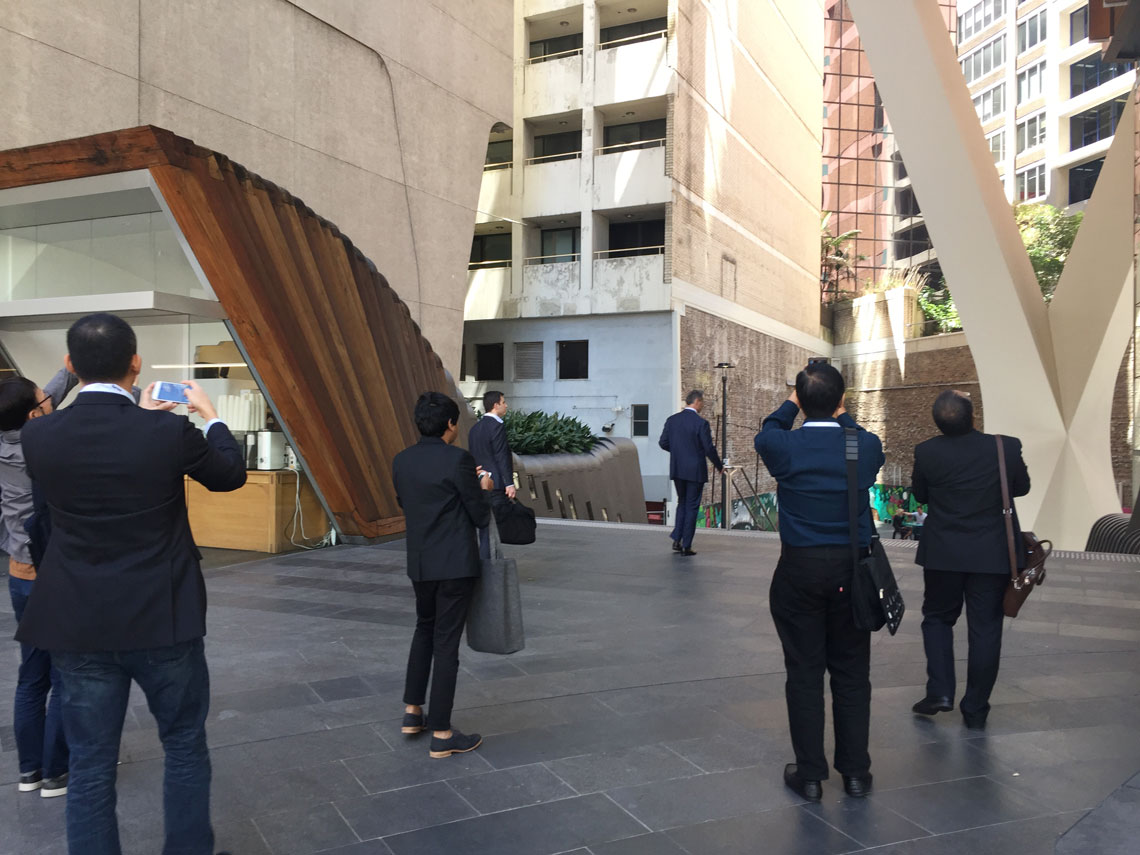 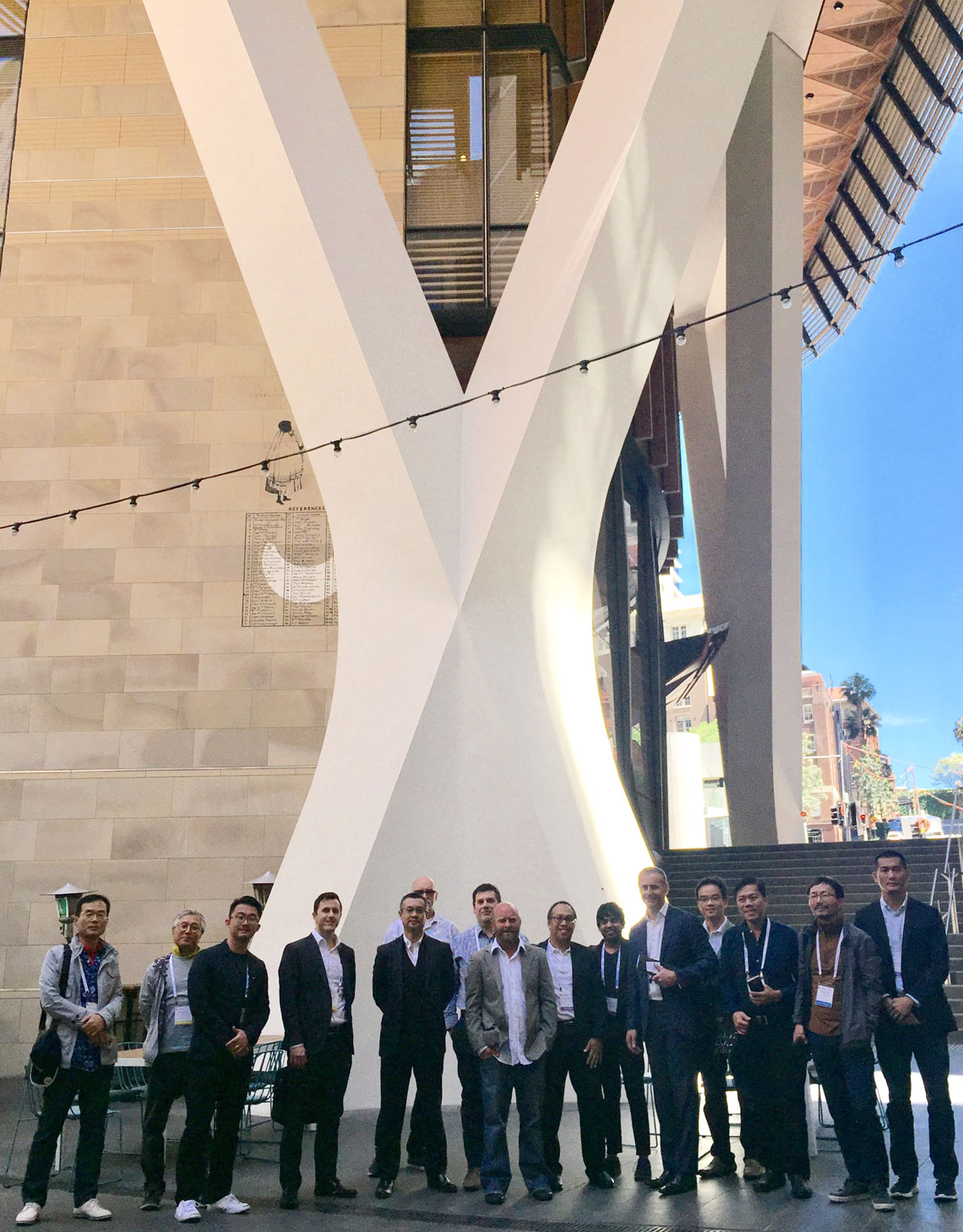 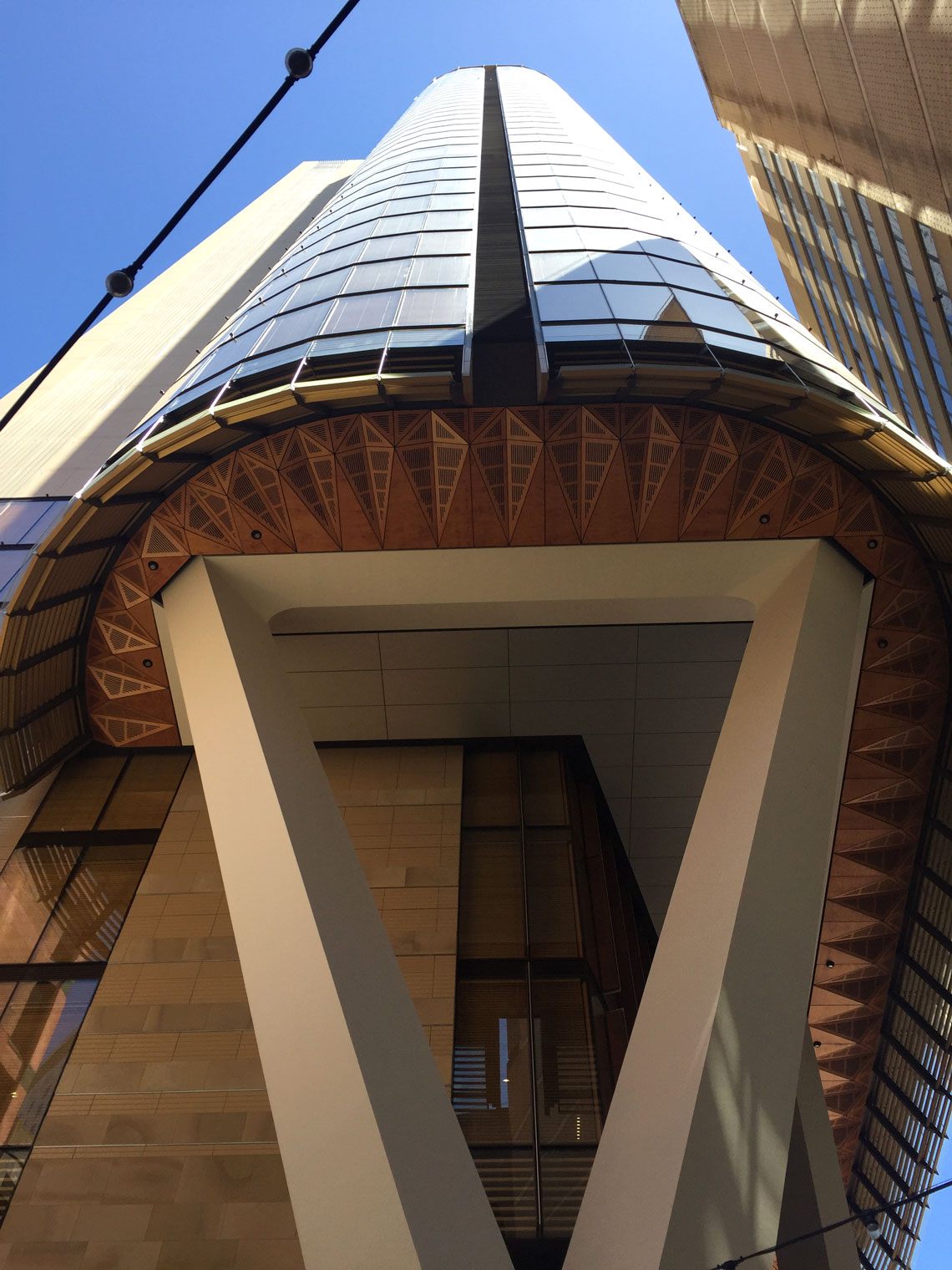 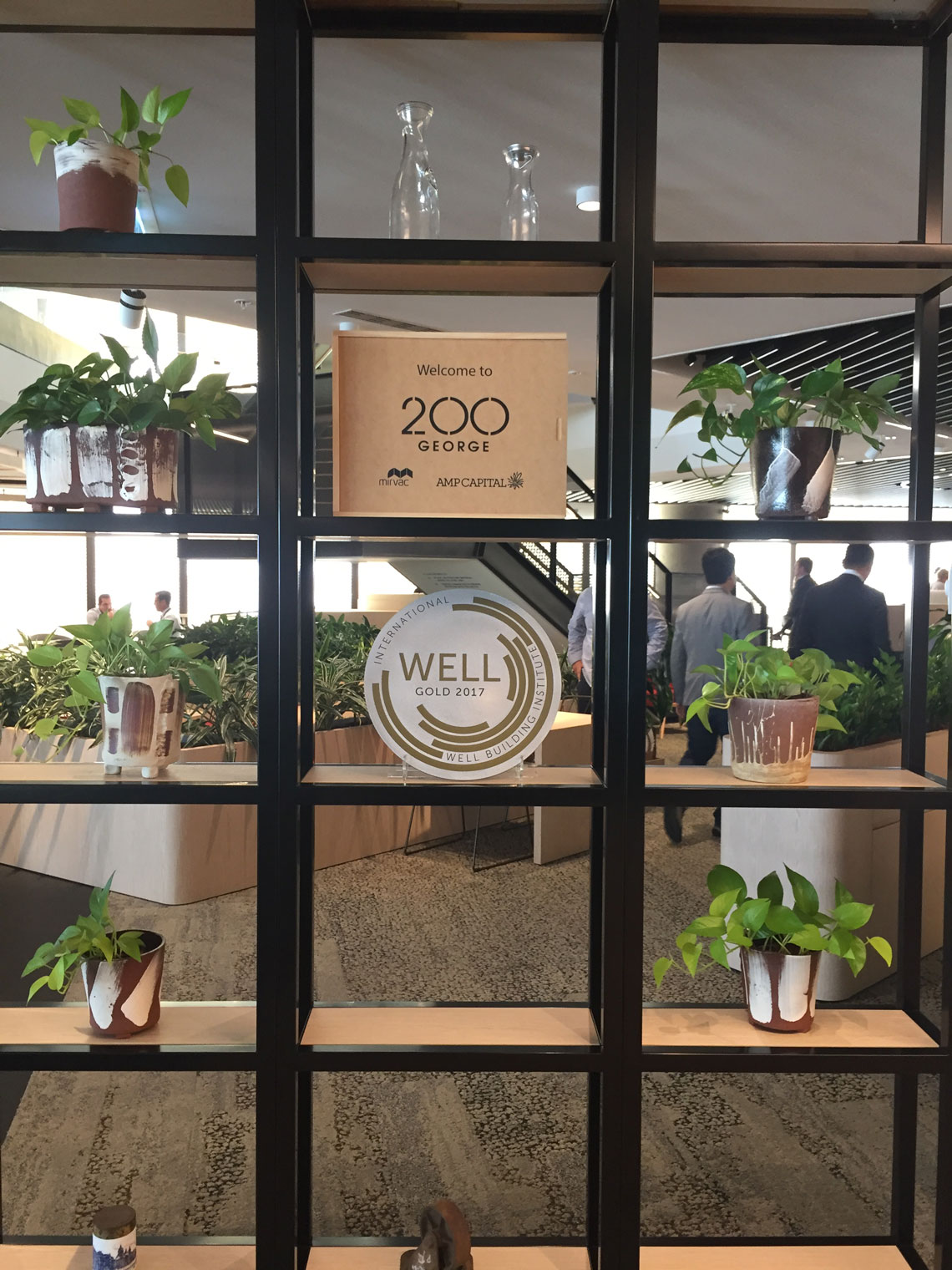 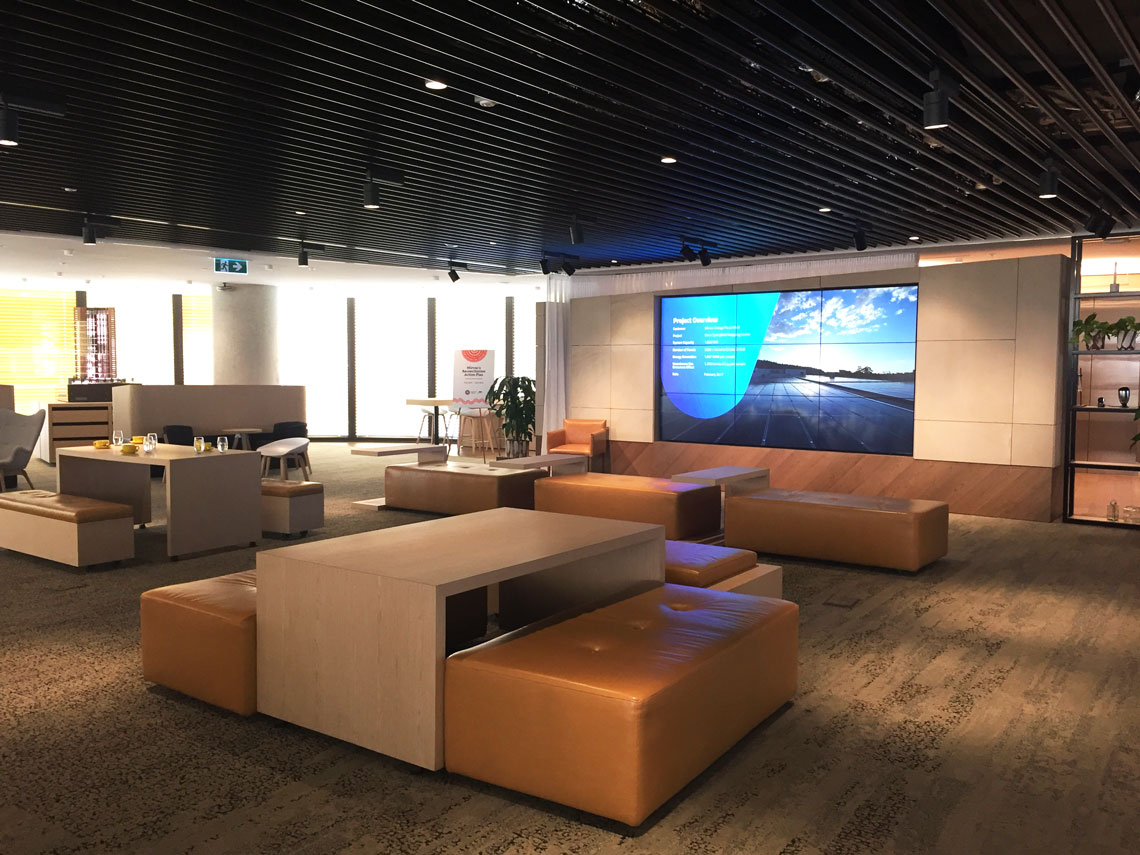 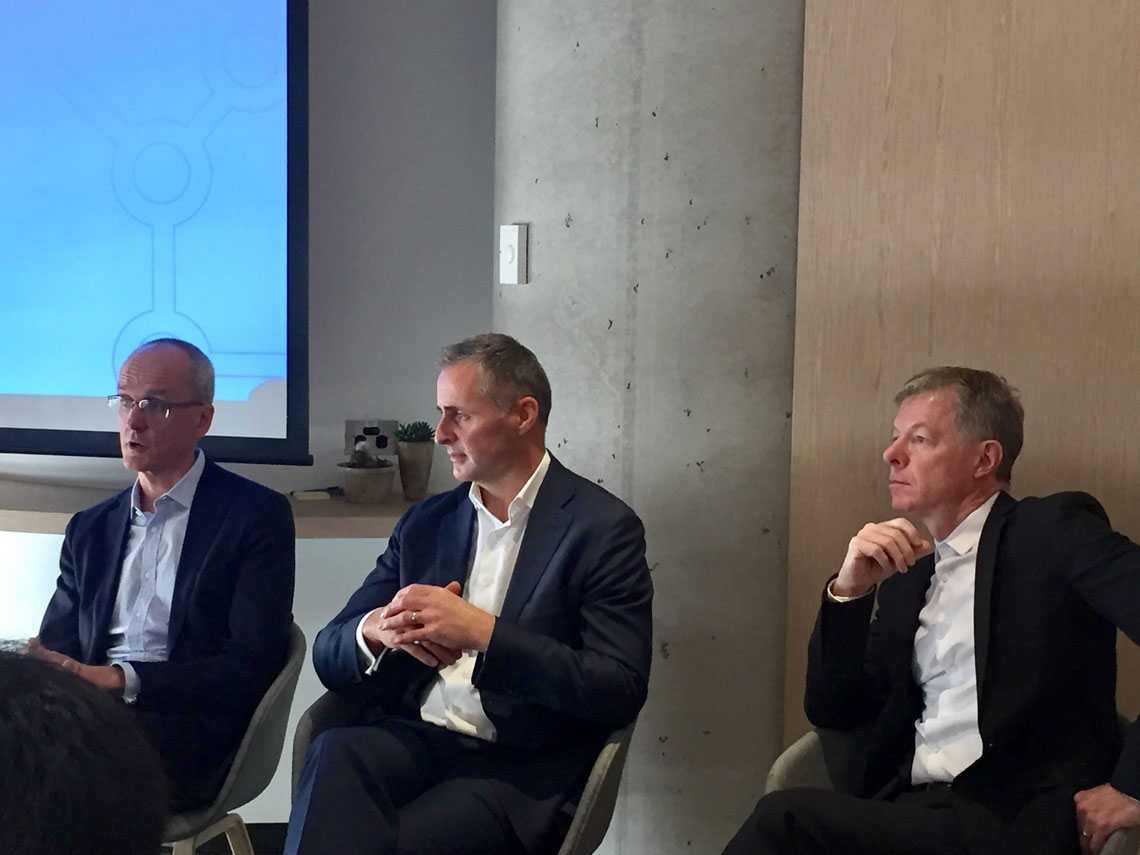