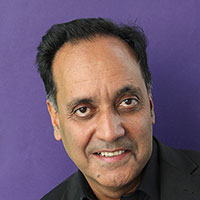 Set to become the tallest office tower in Midtown, One Vanderbilt will skillfully meet the market demands of Midtown East as it transforms the civic experience of the Grand Central District. Following the layered architectural language of neighboring New York City icons, One Vanderbilt joins the Chrysler Building and Empire State Building as one of three point towers to define the city's renowned skyline.

One Vanderbilt fits into the city's network of public transport more than any other building in the city, blending private enterprise and the public realm. The base of the building becomes part of the spatial sequence of Grand Central and a doorstep to the city, greeting thousands of commuters daily. An integrated complex of below grade conditions offers connections to the terminal, the new East Side Access and an active urban base. Formally, the building's massing is comprised of four interlocking and tapering volumes that spiral toward the sky, an elegant shape in sympathetic proportion to the nearby Chrysler Building. At the base, a series of angled cuts organize a visual procession to Grand Central, revealing the Vanderbilt corner of the terminal's magnificent cornice – a view that has been obstructed for nearly a century.