Towers Towards the City: Manifesto for a Dialogue 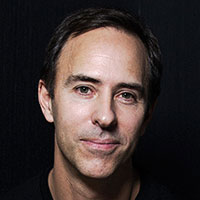 Following an urban skyscraper project in Dakar, Senegal Africa, for which we developed a facade that enabled us to avoid the use of air-conditioning, we created a collective studio to work on the international competition for the transformation of the Montparnasse Tower, in Paris. Nouvelle AOM (Franklin Azzi Architecture, ChartierDalix, Hardel Le Bihan Architectes) has won this cutting edge competition, aiming to redesign this unique tower in the historical center of Paris. A strong bias led this emblematic project, reopening the opaque existing building, showing the diversity of its new uses through a clear façade, and regenerating its urbanity through work on its base, while addressing the existing height standards of the Parisian urban fabric.

Three years on, our practice has gone further in its approach to the towers as part of an harmonious landscape, smartly intertwined with its environment and with the infrastructure. As architect and coordinator of the new district called Bruneseau, since the launch of the competition two years ago, special attention is being paid to creating a real neighborhood—a dialogue of contemporary high-rise buildings between each other and with the people—in the emerging dynamic for a new skyline and boundaries of Paris. The environmental ambition of the project is a step ahead, in terms of energy efficiency and carbon neutrality, of Paris’s goal for 2050.