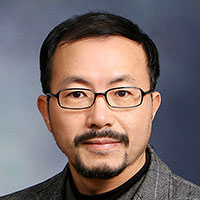 The Wrigley Building, designed by Graham, Anderson, Probst & White, is one of downtown Chicago’s most recognized architectural icons, dating to the 1920s. Following the sale of the property in 2011, new ownership sought to renovate the building, retaining its name and restoring its historic integrity, while positioning it to serve a new mix of 21st-century tenants. The most historically sensitive work focused on the building’s exterior, lobbies and plaza, while floors above were completely renovated to serve new office users.

One of the more significant efforts was the removal of the screen wall between the two towers at the ground level, which also involved structural reframing and terra cotta restoration. The 1920s plan for the building had anticipated an upper-level street that would run between the towers. Although this street was never built, the removal of the glazed screen and the 1950s connecting walkways accomplished the 1920s vision of creating an open passage and plaza.

Work on the plaza itself was extensive. The entire 1950s-era plaza was demolished down to structural steel. The area was rebuilt using new pavers in a consistent color and materials palette, and the historic bronze storefront was wrapped along both sides. The redeveloped plaza defines a distinguished, large open space that presents an inviting outdoor amenity for passersby and caters to prospective retailers and restaurants. The presentation discusses the history of the Wrigley Building in the context of the city and highlights the painstaking process to revitalize and redefine the landmark building for the foreseeable future.