"The First Important Skyscraper in History" 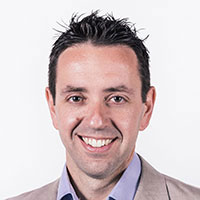 In 1929 historian Francisco Mujica wrote that Chicago’s Masonic Temple (1892) “was the first important skyscraper in history. Designs and photographs of [it] were reproduced in all countries of the world announcing that the birth of the skyscraper had taken place.”

Was Mujica right? New York’s World Building (1890) was seven feet higher “from sidewalk to lantern.” But that measurement, a publicity sleight of hand, does not negate the Temple’s claim to be “the highest commercial building in the world” and its historical significance as the first that exploited all major rhetorical and publicity features associated with record-breaking height.

Take observatories. The World Building’s offered tourists only tightly confined standing room in the small lantern atop the dome, but the Temple’s outdid most subsequent skyscraper observation decks. The spacious roof garden held 2000 visitors, was vaulted in glass and iron, furnished with botanical displays, and fitted out with theater and film auditoria and a large dining hall. All these features were enthusiastically received by residents and domestic and foreign visitors.

No other skyscraper claimed a more spectacular interior. The spacious atrium—marbled, bronzed, and glazed—rose through the building’s core to the roof garden. Balconies on every floor offered breathtaking interior views. The glass-walled elevator cabs and fenestrated building wall inches from the cabs thrilled riders with ascending and descending views into the atrium on one side, and, on the other, Lake Michigan and the Loop.
Of the tallest skyscrapers the Temple was the first city within a city, the first fully framed in steel, and the first to actually look tall.

In 1894 Scientific American pictured the Temple as America’s highest building, and Midwesterners decades afterwards remembered it as “the wonder of wonders,” the “’observed of all observers.’” For its facilities and public reception Mujica was right.