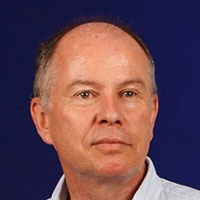 The Custom House Tower in Boston, Massachusetts, designed by noted architects Peabody and Stearns, should be considered a “first skyscraper” in multiple dimensions. It was Boston’s first skyscraper, being the first building to exceed the city’s 125-foot height limit. It was also the first building in Boston to reach 500 feet tall, dominating the city’s skyline for much of the 20th century. The 16-story, Classical Revival tower was constructed between 1913 and 1915, on top of/through an existing load-bearing granite structure from 1847, designed by Ammi B. Young. The structural design of the steel frame for the tower that maintained a 60-foot tall rotunda in the original building, is also a structural “first”. A unique design for the tower structure utilized 22-foot deep steel trusses spanning 56 feet across the rotunda to transfer eight major tower columns. The trusses were supported on columns outside the rotunda, concentrating heavy loads from the granite-clad tower above.

However, the original building rested on short wooden piles in the soft clay soil at the edge of Boston Harbor, making the foundation systems for the new tower particularly challenging to construct, given the spatial constraints of the existing building. The structural engineers, Purdy and Henderson, conceived a custom tailored caisson system employed inside the rotunda that was excavated to a depth of over 100 feet to a suitable bearing strata for the large loads. All this was accomplished within the existing building structure and allowed many of the original architectural features of the beloved Custom House to remain. The Custom House Tower remains a significant presence on the Boston skyline, visible from far out in the harbor, evoking its days as a landmark for merchant ships.