The Boreel Building and the Roped Hydraulic Elevator 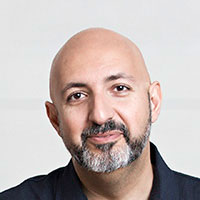 The Equitable Building, New York (1870), is acknowledged by architectural historians as the first office building designed to employ passenger elevators. However, the elevator type used in these buildings was quickly recognized as incapable of fully meeting the operational needs of “tall buildings.” The steam-powered, winding-drum elevators used in the Equitable Building and its successors were predicated on technology developed for industrial settings. The machines were too slow to meet the needs of building users, and their reliance on continuously-running steam engines prompted safety concerns. Thus, while this elevator system was the first used in tall buildings, its design was an impediment to future development.

However, the depression that gripped the United States from 1873 to 1879 provided a pause that permitted the development of a new elevator system that constituted a genuine technological first. The vertical roped hydraulic elevator was specifically designed to meet the needs of tall buildings. The first building to employ this new technology was the Boreel Building, located at 115 Broadway, in New York. Designed by Stephen Hatch and completed in May 1879, the eight-story structure was a speculative office building built for client Sarah Langdon (Astor) Boreel. The building was approximately 100 feet (30 meters) tall and included 150 offices organized around a central light court. The Boreel Building employed four Otis Brothers Standard Hydraulic Elevators, which were vertical roped hydraulic machines designed to be located inside the elevator shaft. These new hydraulic elevators were safer than steam-powered machines, met the speed and operational requirements of modern tall buildings, and facilitated the steady growth in height and building size that occurred from 1879 to 1910.