The First Skyscraper: The Case for the Home Insurance Building 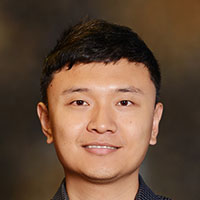 The Home Insurance Building in Chicago qualifies as the first skyscraper, due to an innovative structure emphasizing lightness, ample daylighting and curtain walls. It paved the way for future skyscraper construction. In traditional construction, masonry walls with low compressive strength carrying the weight from upper floors needed to be thick and heavy and didn’t allow large window openings in exterior walls that would permit ample natural light. For the Home Insurance Building, originally built in 1885 with 10 stories, and to which two stories were added in 1890, William Le Baron Jenney created an iron-framed structure that carried the building’s loads, making the building lighter. In his design, cast-iron beams above the wide window openings, precursor of the latter-day “Chicago Window,” framing into exterior metal columns encased in small masonry piers for fireproofing and protection against the climate, rendered the exterior walls non-load bearing. These perimeter beams carried each story independently. The exterior thus turned into a “curtain wall” system, heralding the use of curtain wall construction in future skyscrapers.

When the building was completed in 1885 at the corner of LaSalle and Adams Streets, for the first time, a metal skeleton, instead of masonry, formed the primary supporting structural system for a commercial building. This building’s innovative structural system led to what is known as the “Chicago Skeleton,” which later gave rise to the “Chicago School of Architecture.”