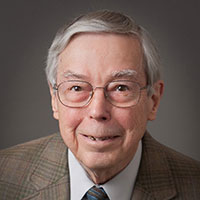 “What happens when a new work of art is created is something that happens simultaneously to all the works of art that preceded it. The past should be altered by the present, as much as the present is directed by the past.” –T.S. Eliot

With this understanding of history as filtered by the biases of our own time, it becomes difficult to understand the parameters determining origins regarding the first skyscraper. A building is influenced by all that came before it, and an innovative new building that appears to be a break from the past re-contextualizes all prior buildings. George Kubler’s solution to this, in his book The Shape of Time, is not to think of the diffuse origin of something, but to consider the consummation of something—the Prime Object that stands as a distilled symbol of all the potential that came before it and sets the standard for all replications. The Parthenon stands as the Prime Object Greek Temple, of which all Greek Temples, before and after, are cast in comparison.

860–880 Lake Shore Drive by Mies van der Rohe (1951), is the Prime Object skyscraper, the consummated symbol of the promise of industrial mass production, rendering all that came before it cumbersome and single-handedly setting the standard for all subsequent skyscrapers. The project crystalized the tectonic system of steel columnar construction, perfected the concept of a centralized tight core, decluttered the façade, and produced the replicable formula for every subsequent Miesian tower. It is the first skyscraper, not in a chronological sense, but in a historiographical sense, where all roads before and after lead to its glass front door.