Nanfang Building in Canton: Examination of Architecture Under the Reform of Society in China 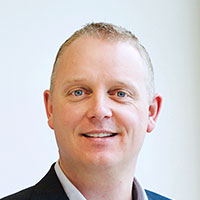 High-rise buildings, or skyscrapers, have become symbols of many cities as developers rapidly pursue high technology and economic development. The public has grown accustomed to the many levels, unique designs, and height of many skyscrapers, yet there are skyscrapers scarcely known by some regional inhabitants of today. An example is the Nanfang Building located in Canton, Guangdong, China (formerly known as The Sun Company outside of Canton) that was highly praised as “the first skyscraper in China” in the 1920s; however, it was destroyed by Japanese artillery fire in 1938. Although it was reconstructed and refurbished, it is no longer as brilliant and well known as in its original state. In addition to being the earliest reinforced concrete structure skyscraper in China at the time, it also introduced new commercial patterns in 1922. It was a mixed-use department store which included parking and retail areas, office and residential spaces, and a hotel, none of which had been seen before in China. During the Republic of China, the Nanfang Building was a landmark building and served as China’s first skyscraper and a symbol of Canton polite society. The building was neglected after its construction and lost its luster, ultimately suggesting the historical restoration was meaningless and unsuccessful. The present presentation will discuss the original purpose of the building’s construction and analyze its original appearance and background utilizing multi-media (pictorial and lingual) information. It is necessary to investigate the architecture, itself, as well as to explore the culture and society at that time, and changes that affected contemporary life and commerce. Thus, civic and official officers can further appreciate the importance of historically valued buildings. Buildings of this nature are common in a rapidly developing society. Discussion of the Nanfang Building reconstruction will help emphasize the importance of historic preservation.