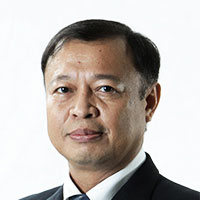 Buenos Aires’ first concrete skyscraper: the Galería Güemes, achieved several innovations. Started in 1912 and inaugurated in December 1915, the Galería Güemes, by the Piedmontese Francesco Gianotti, combines the Parisian (or Milanese) commercial gallery type with a 14-story, multipurpose skyscraper, developing this innovative building type for the first time. In addition, the structure of the complex—which includes pillars, vaults, suspended and pivotal floors—is made of reinforced concrete, making it one of the early tall buildings using this technology, and the first for the gallery-skyscraper building typology.

Developed in the mid-19th century in France and then in Germany reinforced concrete technique had expanded in different parts of the world almost simultaneously by the beginning of the 20th century. Though the first concrete skyscraper was built in 1903 in the United States, the Río de La Plata area is where German companies and engineers experimented on the vertical use of concrete with remarkable results. But the Galería Güemes is not only a pioneer in technical aspects, it also presents typological and functional innovations. The tower emerges from a 116-meter-long monumental galleria that opens to the city as a public space. As a result of metropolitan life and as an expression of European architectural aspirations, the building houses, among other elements, a cabaret, a theater, offices, Roman baths, residential apartments, a restaurant and an observation terrace. This multi-functional gallery-skyscraper is central to explorations of innovations and a broader discussion of the skyscraper phenomenon, particularly resulting from the exploration of tall buildings within the Buenos Aires context.