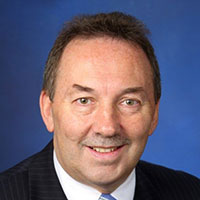 From the standpoint of the engineer, elevators are ancient--one might argue that they go back to the first time someone hung a platform from a rope and pulley. When discussing modern elevators, most historians of vertical transport have focused on the contributions of Elisha Graves Otis, though recently other historians such as Lee Gray, Andreas Bernard, and Patrick Carrajat have also given tribute to the work of his competitor Otis Tufts, especially Tuft's 1859 passenger elevator for the Fifth Avenue Hotel in New York City. Claims made for both Otises depend less on the significance of their engineering advances than on the publicity they achieved--Otis' display at the Crystal Palace Exhibition in New York, and Tuft's publicity from the elevator in the Fifth Avenue Hotel, both of which encouraged others to install elevators in their buildings, both for freight and passengers.

If publicity is a central factor in naming the first elevator of modern times, however, then neither Otis is the primary mover. Paran Stevens, the greatest hotelkeeper of the nineteenth century and the man who hired Otis Tufts to install the elevator at the Fifth Avenue Hotel, was the key figure. Stevens was a master publicist, and realized that the elevator—which until that time had mostly been used for freight—could also be a luxury technology that would lift wealthy people higher. This initiated a revolution in hotel and real estate prices, whereby top floors could now be sold or rented for higher prices. By this measure, the Fifth Avenue Hotel is still the first modern elevator building, but because of Stevens more than Tufts.

However, neither Otis, Tufts, nor Stevens (at that point) understood the most fundamental impact elevators would have on buildings—with structural steel, they would make NYC's 1870 Equitable Building and other skyscrapers possible.