Layered Ruptures - the High-Rise as Trope in Early Handheld Gaming 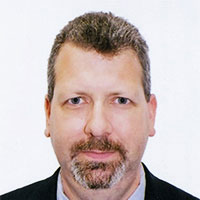 Nintendo’s first game console Game&Watch , a matchbox size device with the first functional LCD screen and titles like “Fire”, “Helmet” and “Juggler” was a major success in Japan, the US and Germany in the early 1980s (Gerard, 2003). It instated the mass-culture rules of portable digital gaming after Atari and arcade rooms had laid the groundwork not only for narrative games but also the advancements in regards to the games’ mechanics and technology that can be seen in its further developments.
The gameplay is defined by a distinct central narrative tension that sets up their world
(Egenfeldt-Nielsen, 2016). The published thirty-eight early handheld games are analysed in regards to their aspects of 1) mobility 2) narrative setup 3) historical context. I hypothesize that the central topic of early gaming is occupied with novel urban infrastructures as the (negative) incentive for the gameplay and link the success and reception of these games to historical setups apparent in both Japan and Germany.
Japan and Germany display parallels in regards to their national identity, economy
and infrastructure after their defeat (Dierkes 2010). Three notions of catastrophes are
thematized in the simple gameplay of the Game&Watch : the height of the building, the element of fire and the frequency of the free-falling characters. The handheld device functions on a metalevel as the engagement of the subject in a sense of Adorno’s post-war claim that “Dwelling in a proper sense, is now impossible”, emphasizing the vagabondism of the post-war era.
Linking cultural notions and restructured (urban) environments of post-war societies
in Japan and Germany to the spatial reception, these games highlight the tension of modes of dwelling and society.