Buildings Without Walls: A Tectonic Case for Two “First” Skyscrapers 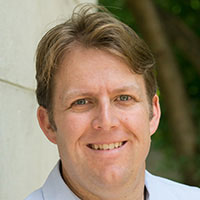 Eugène Viollet-le-Duc’s recipe for an encased iron frame foresaw an important development in tall construction: the separation of structural and enclosing functions into discrete systems, allowing for thin exterior walls, with attendant gains in floor and window area. This separation is an essential characteristic of skyscrapers today, but at the time of his writing, cast iron’s brittle nature meant that iron frames could not, on their own, resist lateral forces in tall structures. Instead, tall buildings had to be braced with masonry shear walls, which often also served as environmental enclosure.

The commercial availability of steel after the 1880s allowed for self-braced metal frames, however, while parallel advances in glass and terra-cotta allowed exterior walls—no longer charged with supporting or bracing on their own—to achieve vanishingly thin proportions. Two Chicago buildings by D.H. Burnham & Co. were the first tall buildings to match a frame “entirely of iron” with an “envelope” supporting only itself. The Reliance Building (State and Washington, 1895) was the first of these, but it was the Fisher Building (Dearborn and Van Buren, 1896) that most fully exploited the architectural and technical potential of this combination. While the Reliance was required to separate itself from neighboring lots with fire-resisting brick curtain walls, the Fisher’s arrangement with its neighbor allowed it to eschew brick entirely, making it—in the words of Inland Architect—the first “building without walls,” and thus a clear break with millennia of tall construction reliant upon masonry.