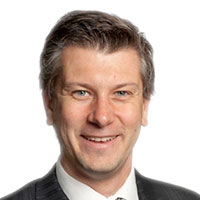 The competing demands of high transparency coupled with high thermal and acoustic performance are a common challenge in commercial high-rise design. This case study details the instrumental collaboration between the architect and façade contractor in developing solutions that met the aesthetic and performance requirements, while working within the owner’s budget. Several of the façade challenges were solved collaboratively by the team, using a design-assist delivery model.

On an exceedingly challenging site, which had been undeveloped for decades, Goettsch Partners (GP) designed a 54-story office tower that both activates the site and engages the adjacent Chicago River. A key aspect of success on the site is the building skin, which is highly transparent and angular but softened by undulating fins. The design concept of the fins was to create an ever-changing pattern of light and shadow against the glass, echoing the light reflected from the river’s surface. To achieve this effect, GP designed a fin with a variable profile. Through 3D models and mock-ups, the architect and façade contractor were able to explore many options before arriving at a workable solution that provided solar shading while minimizing the impact on interior viewing angles.

In order to meet the developer’s contractual lease requirements with tenants, high acoustic targets were set. Achieving these targets required a proactive approach to develop an early façade prototype that was an accurate representation of the unitized façade planned for the building. Prototype cassettes were developed, allowing for different glass makeups, metal proportions and exterior fin profiles to be tested in order to confirm STC performance.