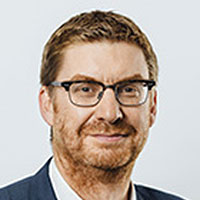 For years, China faces rapid urbanisation and as part of that rapid densification of cities more recently. While the expansion phase of major cities has become relatively steady in recent years, Chinese cities are now facing the major challenge of densification and in-fill development. This poses a major risk on urban infrastructure and urban design of cities. In the current phase, cities are constantly facing this effect of ‘changing landscape’ and this has now become a design norm in the current practice of urban design in China. Hence, this study focuses on the role tall buildings play in contemporary urban design in major Chinese cities. As part of this, the study highlights the changing landscape of Chinese cities and suggests for models of new density, new configuration, and new urban patterns. This study provide a range of examples of Chinese cities, and a range of modelling studies that our team has conducted for various floor-area-ratios (FARs), density calculations, urban layouts, surface coverages (SCs), and urban block design. With these objectives in mind, this study concludes with a range of new design paradigms and alternative urban design options in the current phase of densification and in-fill development in China. These concluding points will be narrated as models of sustainable urban design and innovative solutions for the context of China, as well as for other developing countries facing the same difficulties.