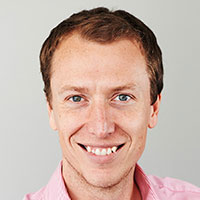 New York City has been known for its urban density and will always be the world’s most exemplary urban development. One of its most notable current developments is Hudson Yards, a 14-acre area located in the west side of Manhattan. Due to large interaction with existing Metropolitan Transportation Authority (MTA) infrastructure, the site posts significant engineering challenges to new construction above. Integral to the theme of 50 Forward | 50 Back, NYC has a rich fabric of existing structures upon which new construction must be built. A case study of the 55 Hudson Yards project will examine new structure literally atop an existing one.

For 55 Hudson Yards, the challenges were addressed by incorporating post-tensioned concrete elements in three distinct ways, and a unique construction sequence aimed at creating a specific vertical load path. Post-tensioned applications were implemented in light-weight concrete slabs; bonded tendons draped over a 39-feet deep transfer wall and straight tendons on 9th floor to carry horizontal loads associated with walking columns at the transition between the podium and the tower.

The unique construction sequence was triggered by the need to redirect vertical loads to specific locations in the foundation where ample load-carrying capacity had been identified, and away from the existing MTA infrastructure located directly underneath the building. The required sequence was developed by means of a "construction gap" left open until the redirection of loads had been successfully concluded.

The interaction and overlapping of new structures with existing infrastructure is becoming not only more common but also more complex. The 55 Hudson Yards project exemplifies the need for innovative design strategies and construction techniques.