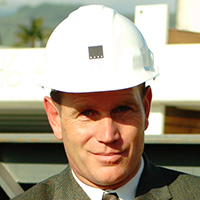 Timber-based prefabricated systems for multi-story and large-scale buildings have been developed in Europe from 2008 on. The results are highly flexible, reliably performing, standardized construction methods, which meet all technical and economical requirements of modern real estate markets. Every building component is predominantly based on renewable resources, with additional emphasis on material and energy efficiency. The design and production of those buildings no longer follows traditional patterns, but relies on a cloud-based infrastructure, enabling frictionless information exchange with a curated knowledge base and access to experts, as well as a digital twin toolchain reflecting the latest technologies.

An increasing number of international projects and companies position themselves on the forefront of these future-oriented thoughts and actions, be it an 80-meter-tall residential tower in Switzerland, a 12-story educational complex in Singapore or some 33,000 square meters of multi-functional commercial space in Berlin, which all rely on the same timber-based and prefabricated system solutions. Timber hybrid buildings have the greatest potential to finally dominate future cities, and disruptive processes will guarantee their performance.