Vertical Urbanism: The Need for a Paradigm Shift in the Tall Building Industry 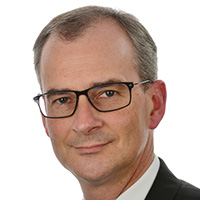 According to the United Nations, by 2050 the world population will reach 9.2 Billion people. It is projected that nearly 7 out of every 10 people will live in the urban areas by then. To put that in perspective, from now until well into the middle of century another New York metropolitan area, which is approximately 15 million people, is going to be added to the planet every couple of months. This puts a significant strain on the building industry to deliver the space and infrastructure needed to accommodate the new population.
Growing population combined with other external forces such as shrinking labor pool and escalating costs is forcing the building industry to re-think its approach in addressing the future urbanization demand. Considering the limited availability of land for new developments, it will be inevitable to employ Vertical Urbanism as a remedy to the exponential rate of urbanization. In the coming decades, the tall building industry will need new building systems and construction technologies that employ smart construction processes combined with a high level of automation.
Since the construction of the Empire State building in 1937, as the first supertall building, to Burj Khalifa in 2010, our analytical machinery has evolved significantly. In contrast, the construction productivity rate has decreased, making these types of projects labor and capital intensive and more of a one-off solution. This article will discuss our progression as an industry in the last 50 years and how engineers and technologists will play a central role in the next 50 years to drive innovation and help develop new building systems and construction methodologies to help foster more economical designs for Megatall.