The “Timber in Commercial Architecture” off-site program, kindly hosted and organized by Lendlease, began in Lendlease’s own corporate office in the International Towers complex at Barangaroo South. There, attendees heard from three professionals who had a hand in realizing International House Sydney, a seven-story building employing Cross Laminated Timber (CLT) and Glue Laminated Timber (Glulam) for its primary structural systems.

Jonathan Evans, Director, Tzannes, kicked things off with an overview of the building, which acts as a gateway to the Barangaroo South precinct, due to its position along Sussex Street. Evans explained how the design team prioritized the expression of the timber elements on both the interior and exterior, which imparts a warm, welcoming impression to visitors and occupants.

Next, George Konstandakos, Head of DesignMake, Lendlease Corporation, proceeded to explain the construction process for the building, which essentially called for a prefabricated “kit of parts” to be assembled in sequence on-site. This methodology is unique, Konstandakos explained, in that it required every design variable of the building to be finalized before the materials are ordered, which departs from the tendency for builders and designers to reconcile “clashes” during construction. Konstandakos was followed by Jeremy Tompson, Construction Manager, Lendlease, who outlined the on-site construction sequence for the building. He explained that by the time the materials arrive on-site, they have already been specified for installation, so the construction process only called for eight workers armed with screwdrivers – an impressive feat.

Following the presentations, guests were treated to a coffee break while they donned their Personal Protective Equipment (PPE). The group then descended to the ground floor and walked out onto Mercantile Walk, a pedestrian thoroughfare between International Towers Two and Three, which runs directly through an aperture on the lower floors of International House. At the base of the passageway, delegates entered a primary staircase of the building and climbed to the fifth floor. Along the way, guests took note of the transition point above the first floor, where the concrete structure gave way to timber.

At the rally point on the fifth floor, guests carefully navigated the active construction site – none could resist the urge to reach out and feel the massive timber columns and exposed structural elements. Lead engineers were on hand to answer the numerous technical questions of attendees. One guest pointed out the fact that all the building services physically punctured the timber beams. As the engineers explained, this building is the first of its kind to puncture mass timber beams with building services, and the concept was required to undergo significant technical scrutiny before it could be implemented on-site. The result was a greater floor-to-ceiling height, and thus a general sense of openness throughout the building’s office spaces.

After further discussion and exploration of the under-construction building, delegates winded their way back down the stairway to exit onto Mercantile Walk, where words of thanks were expressed to the organizers for the engaging off-site program. 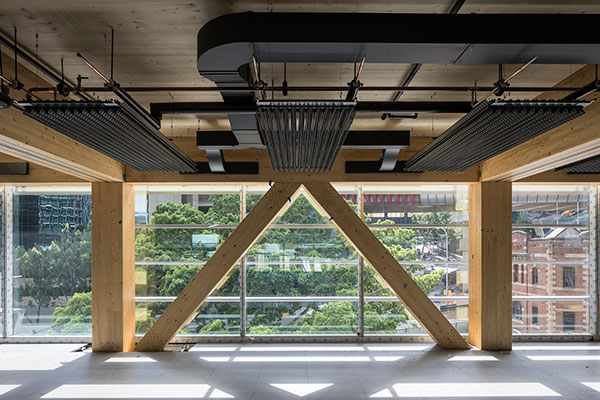 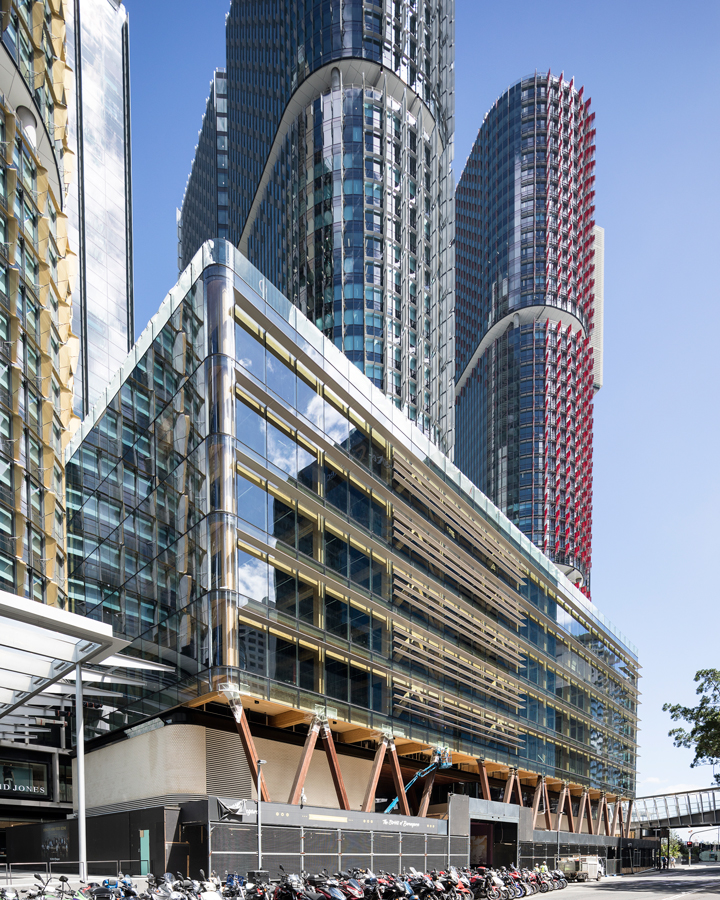 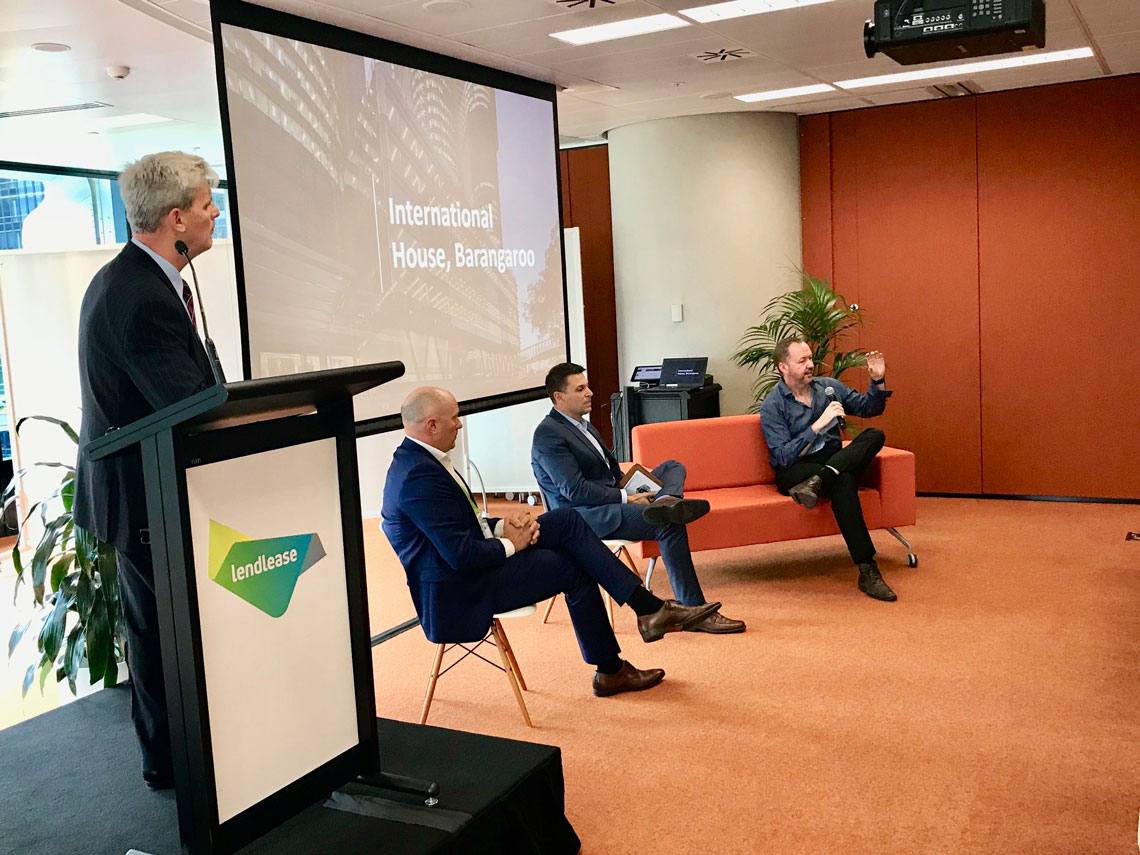 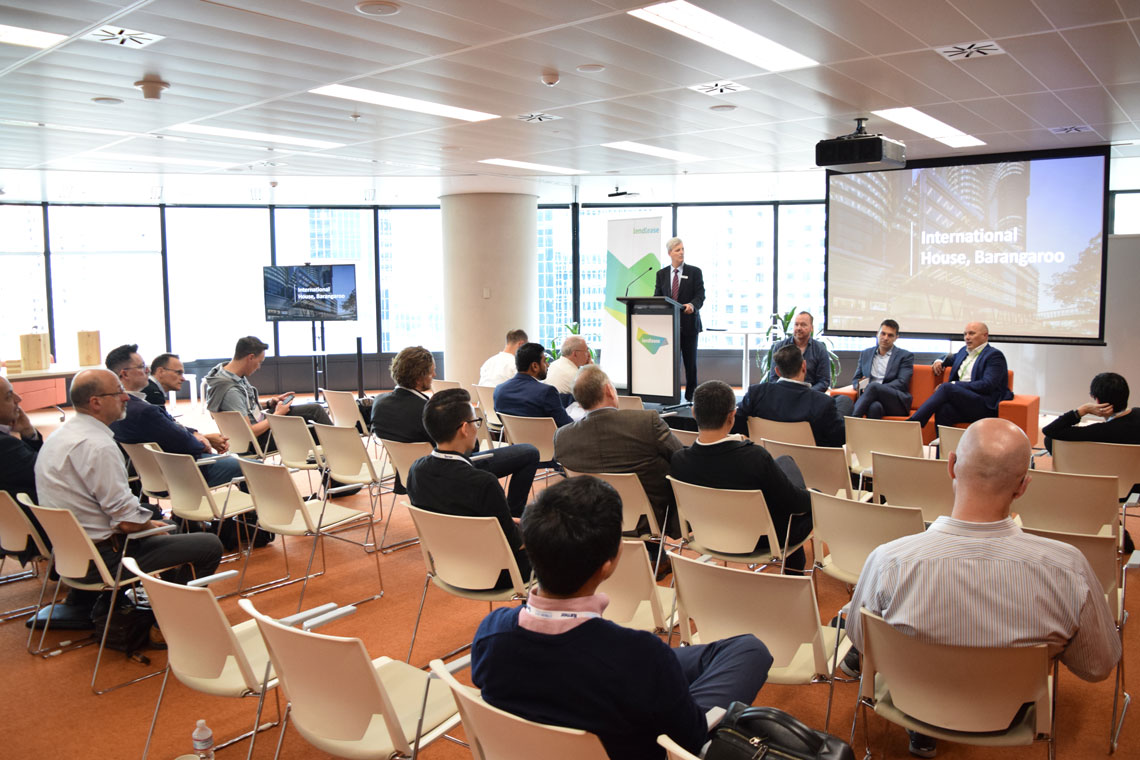 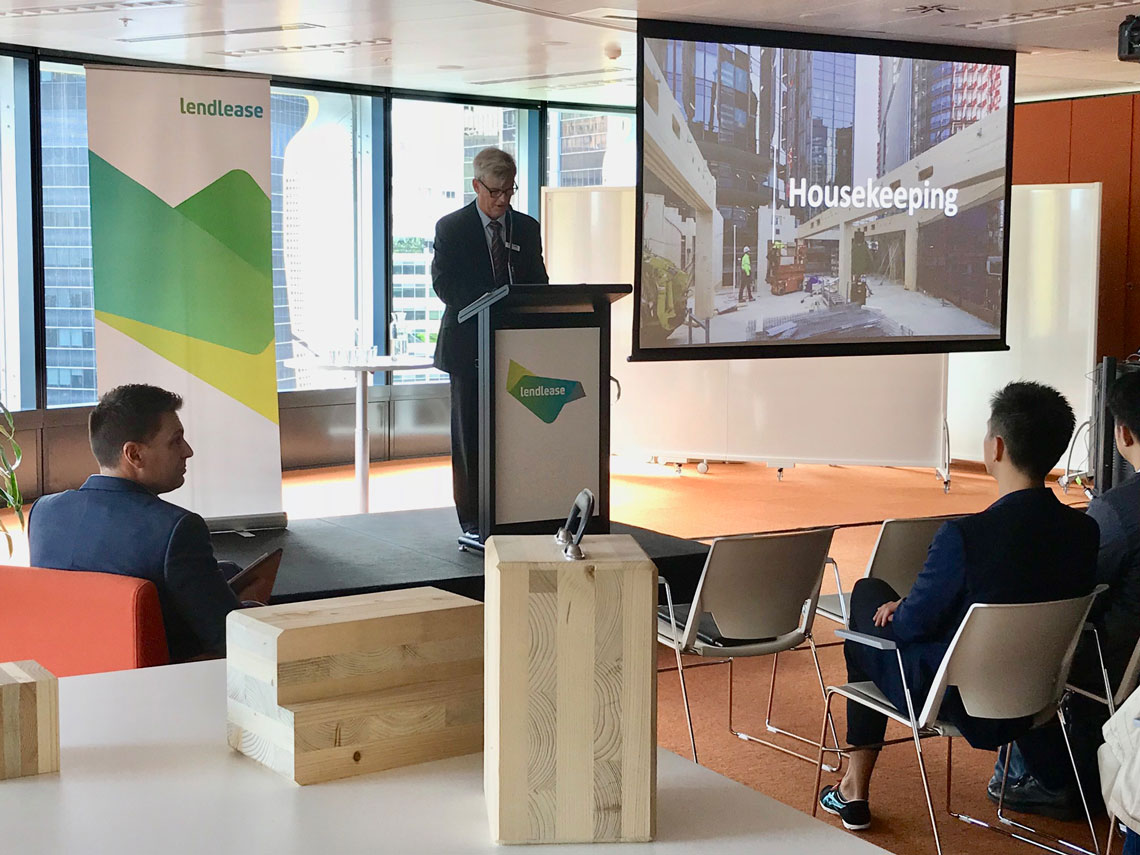 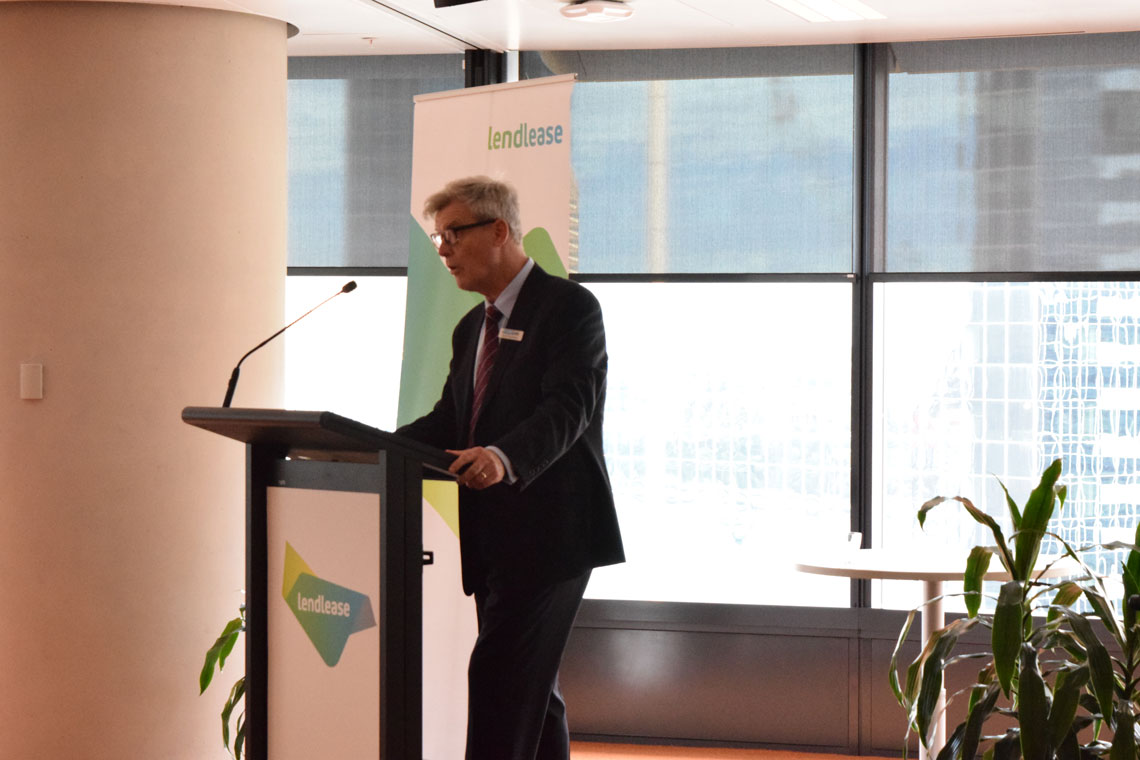 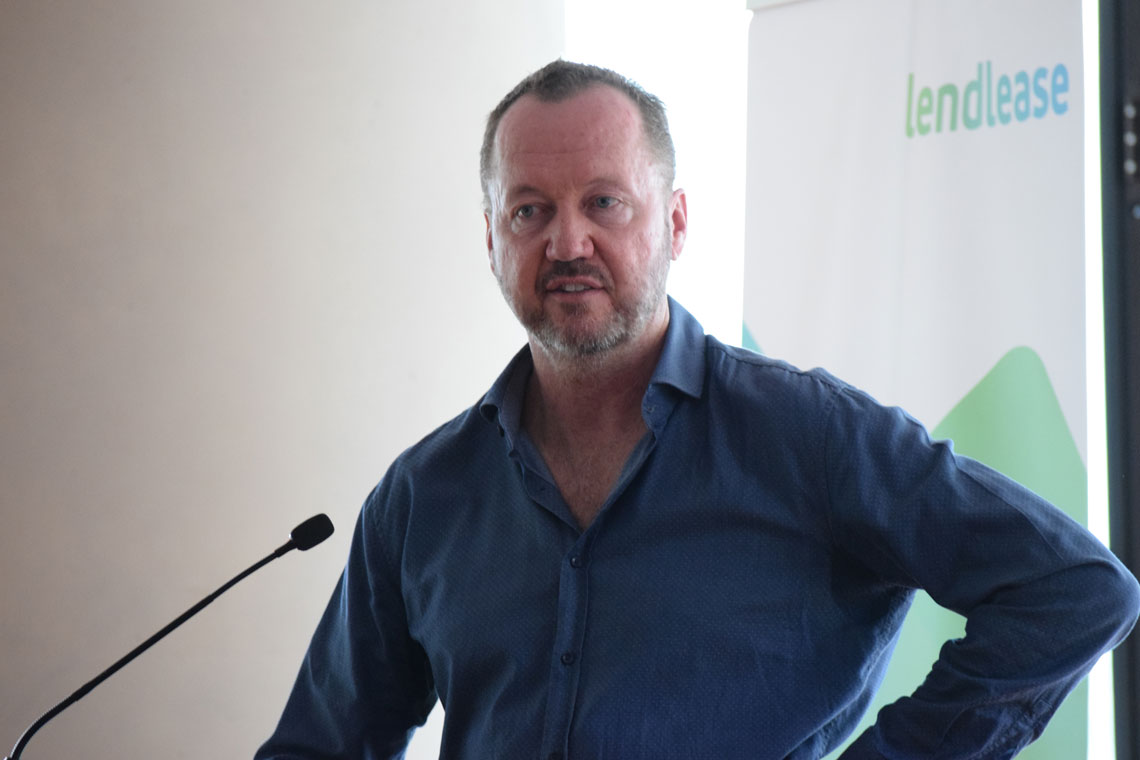 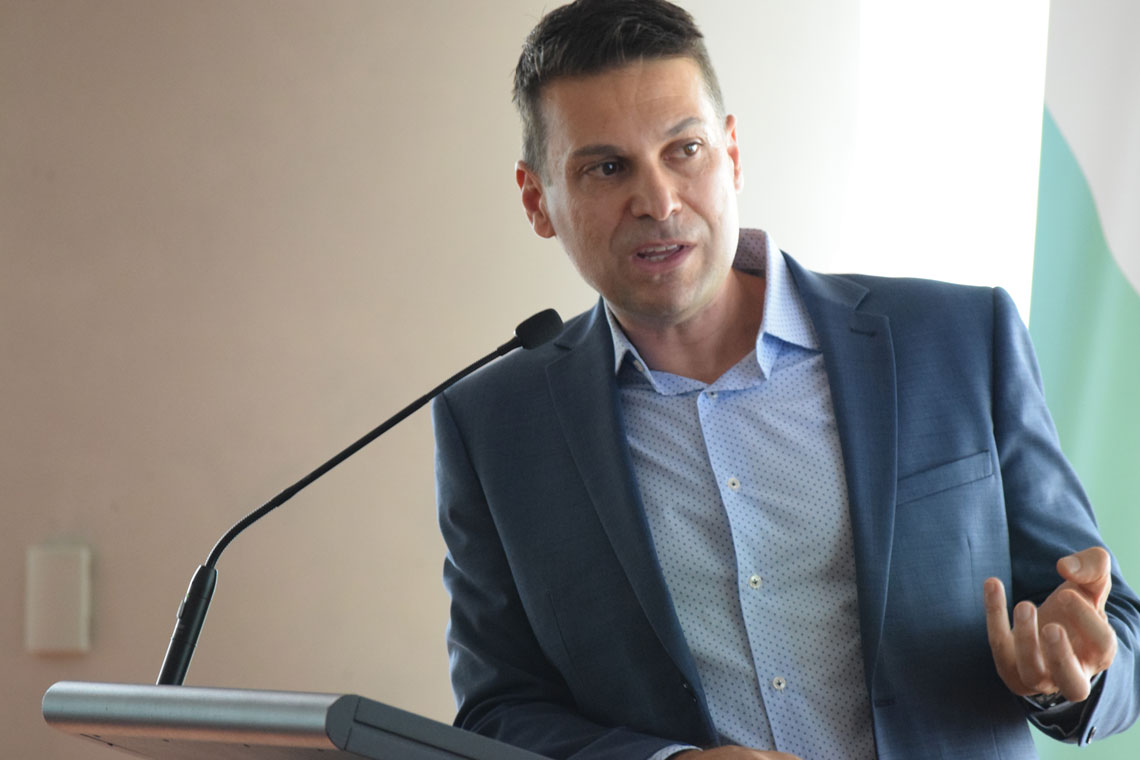 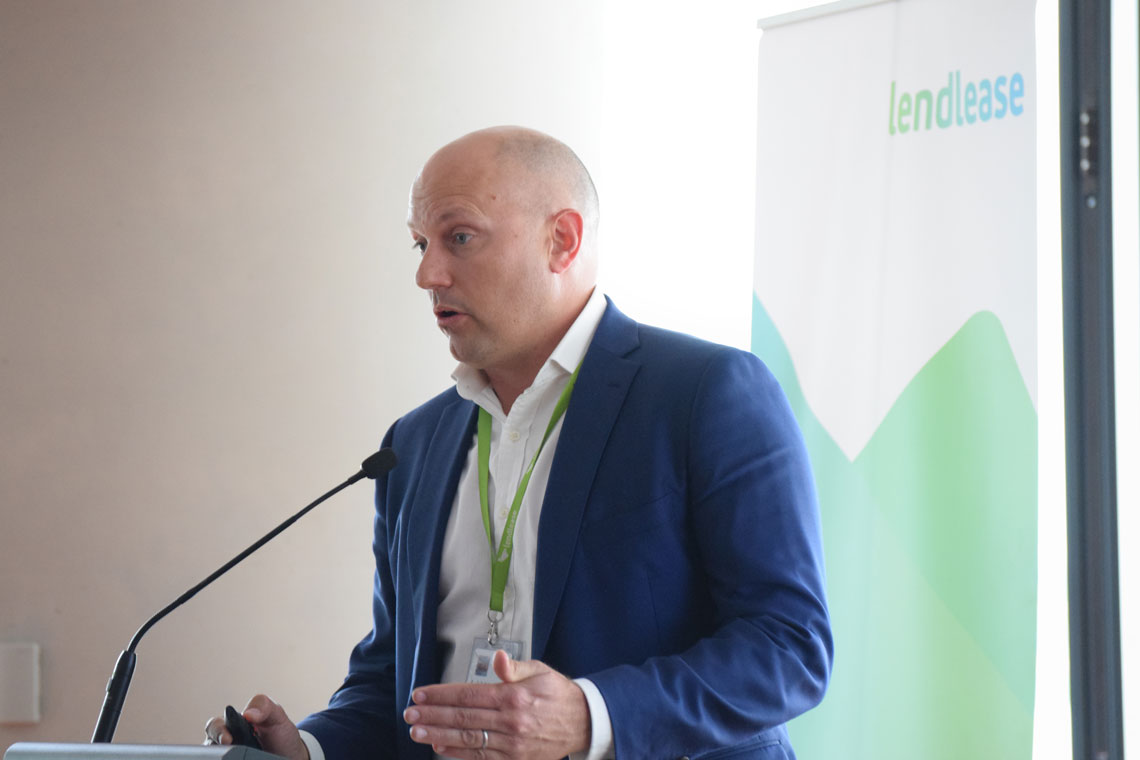 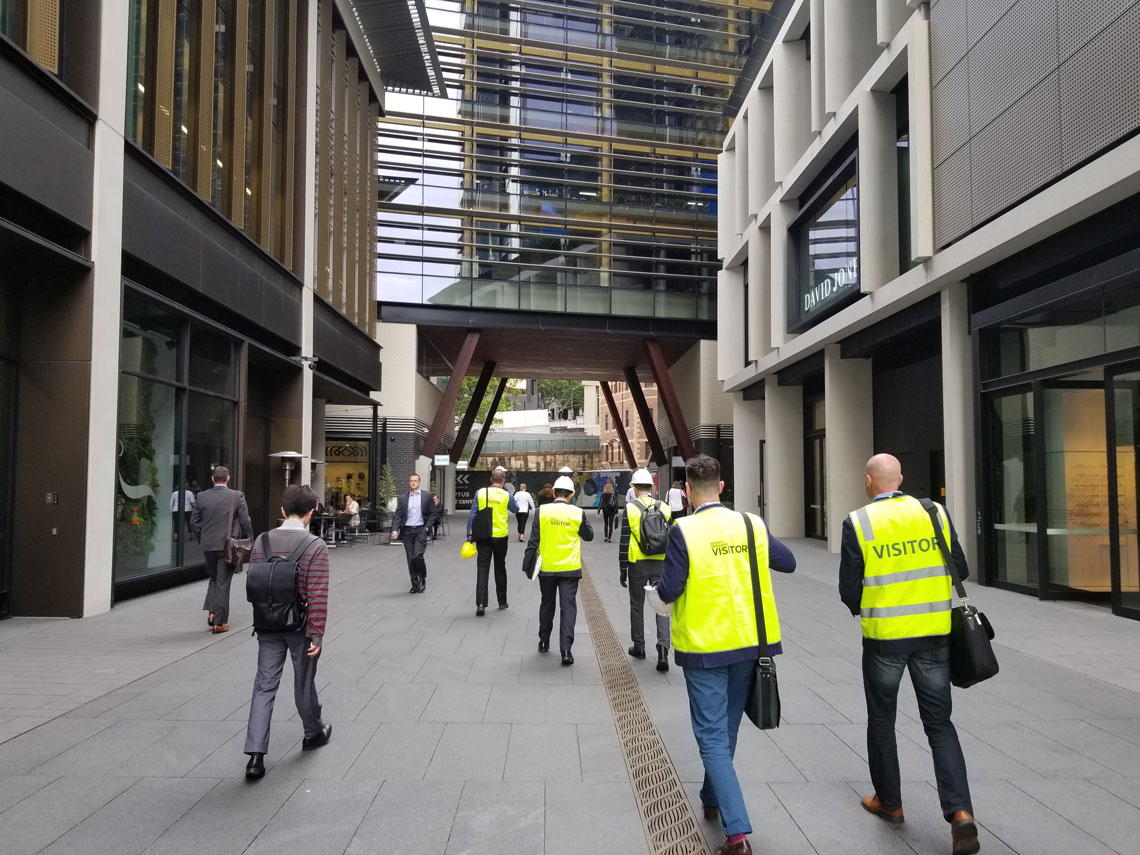 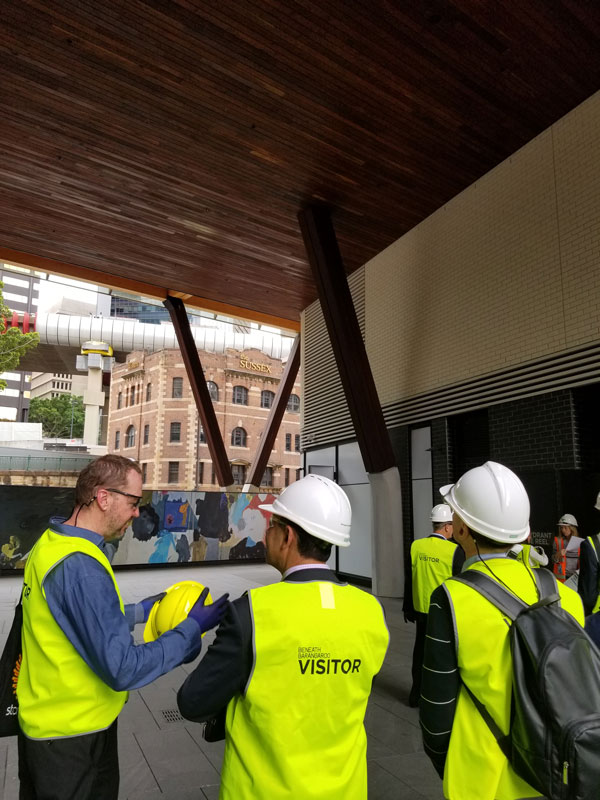 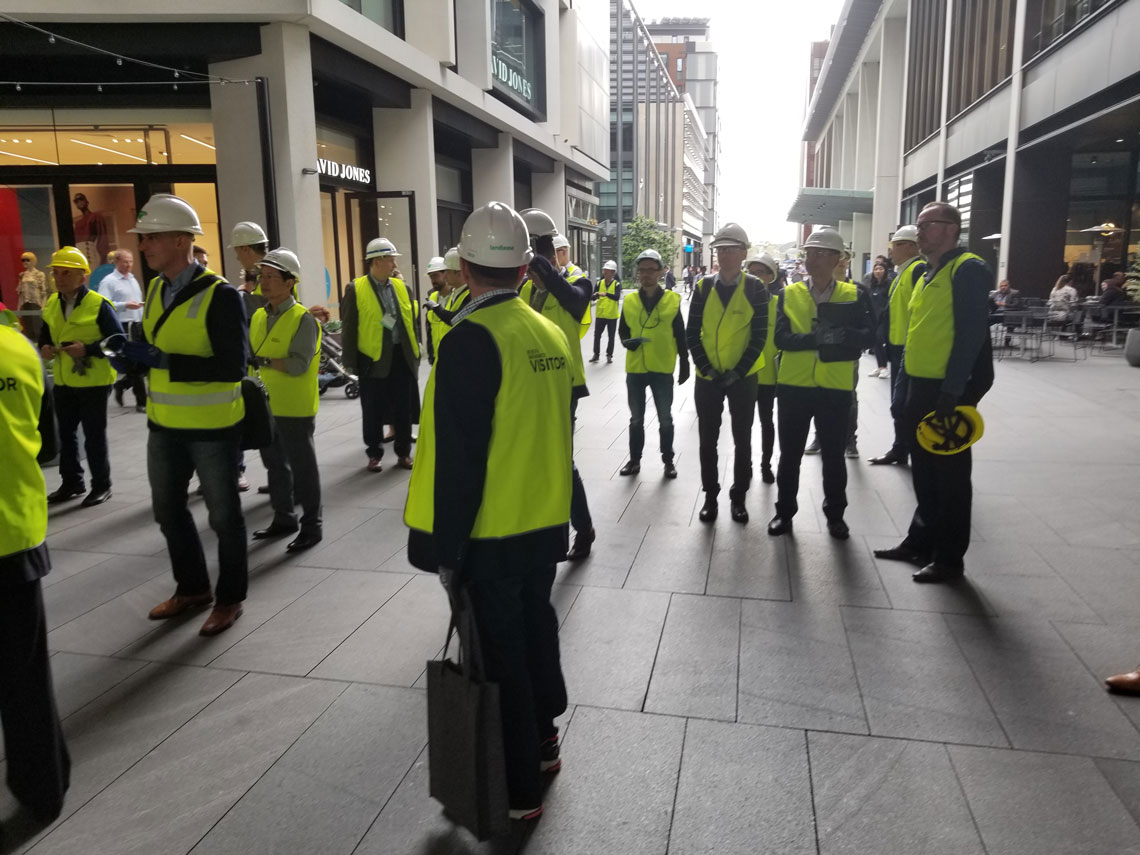 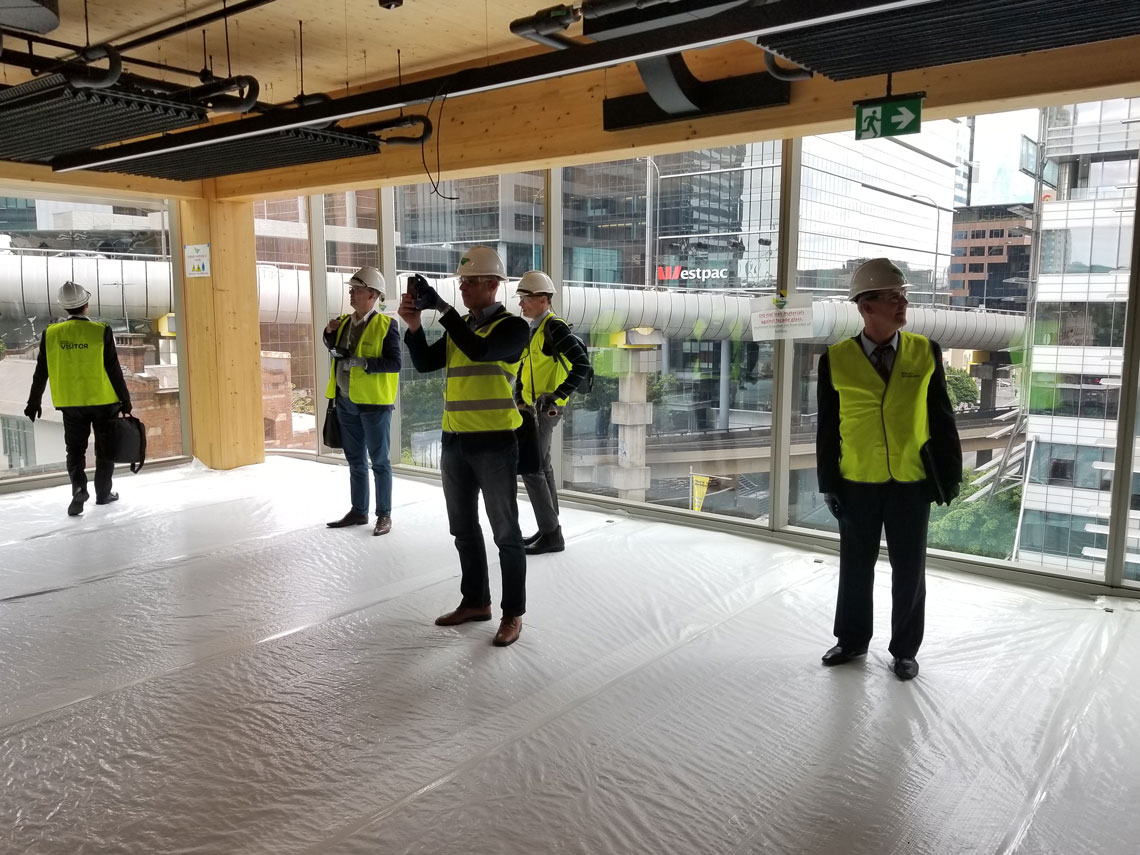 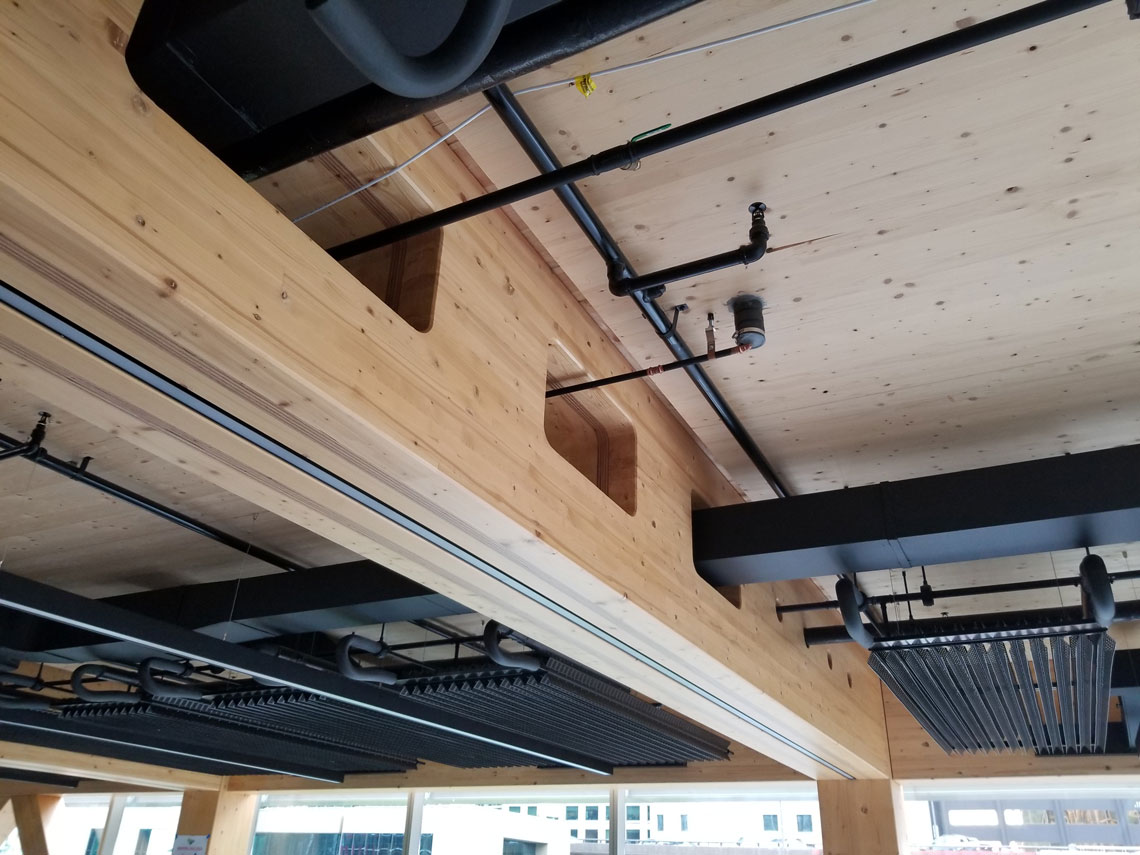 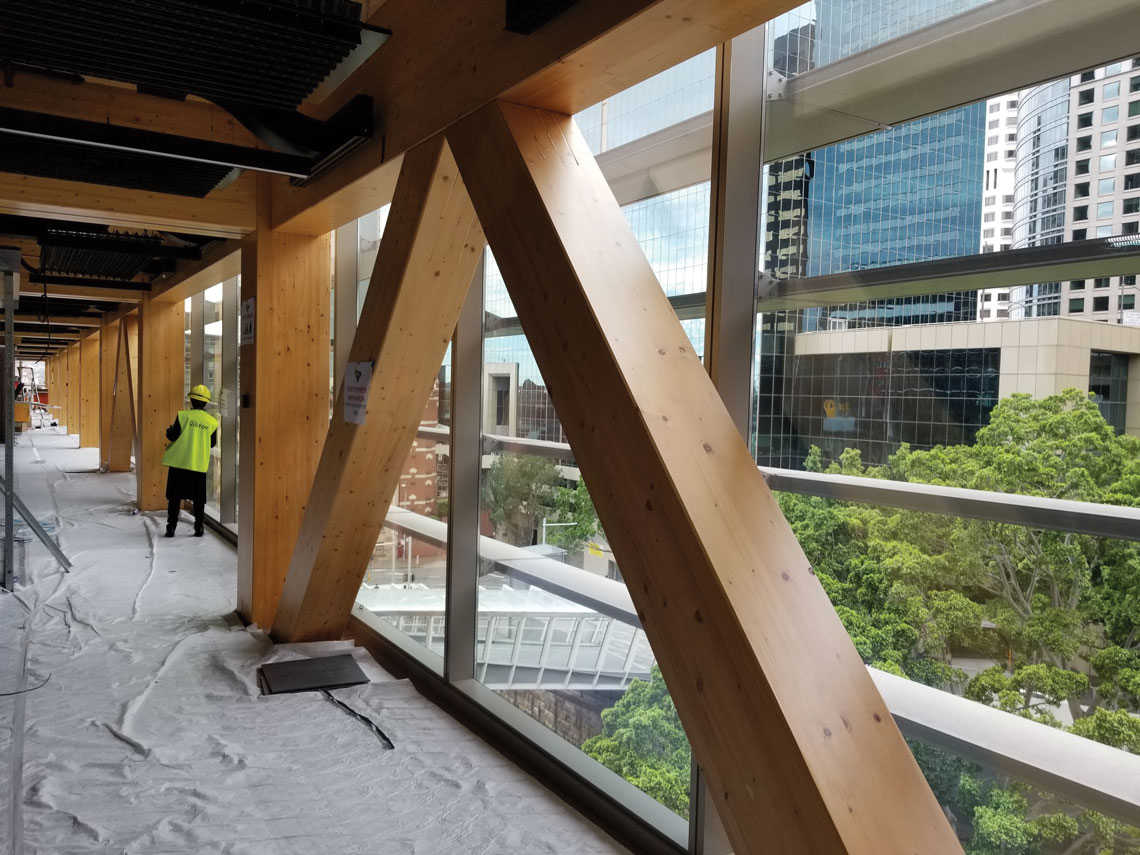 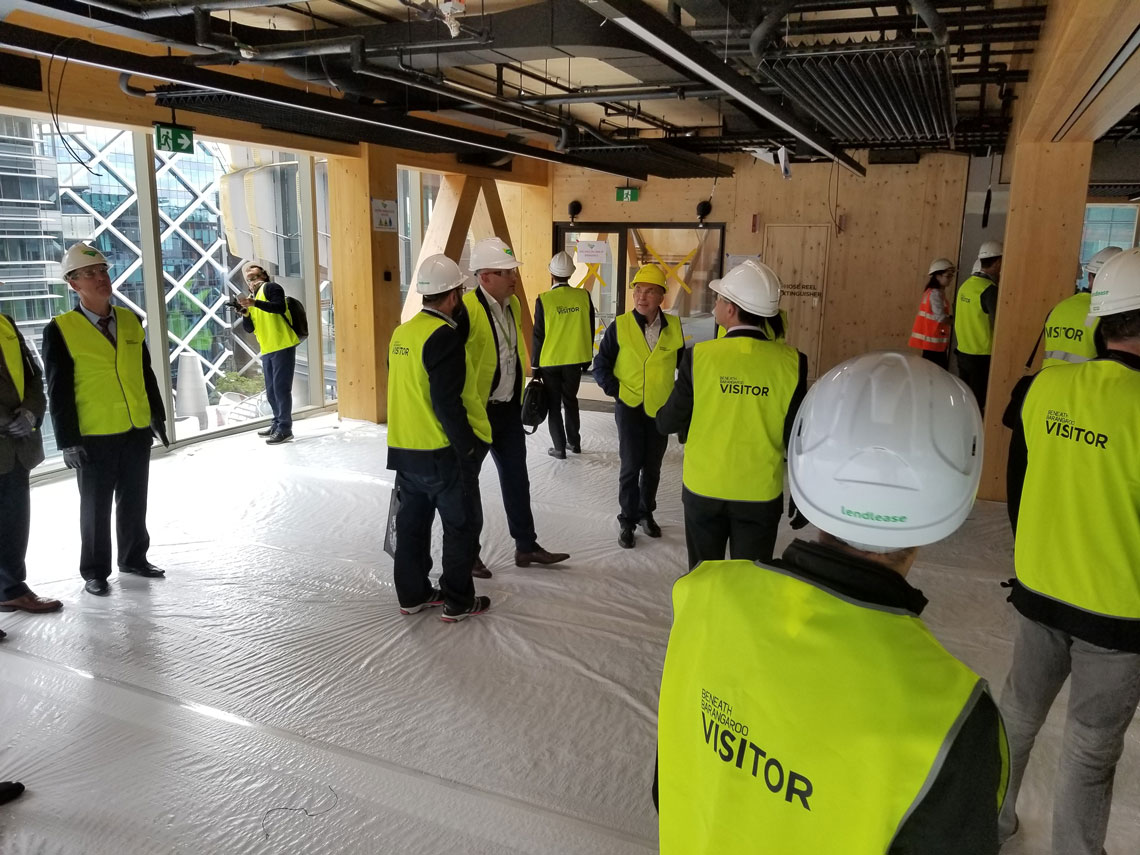 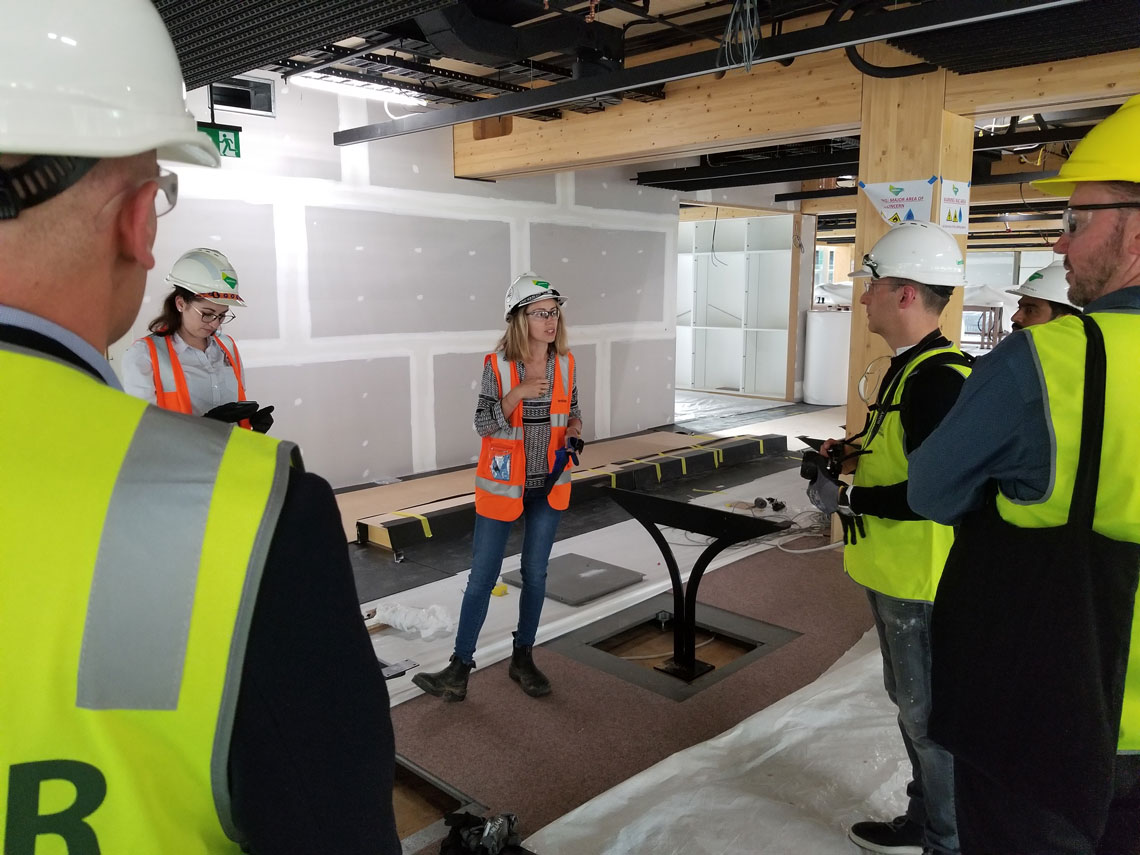 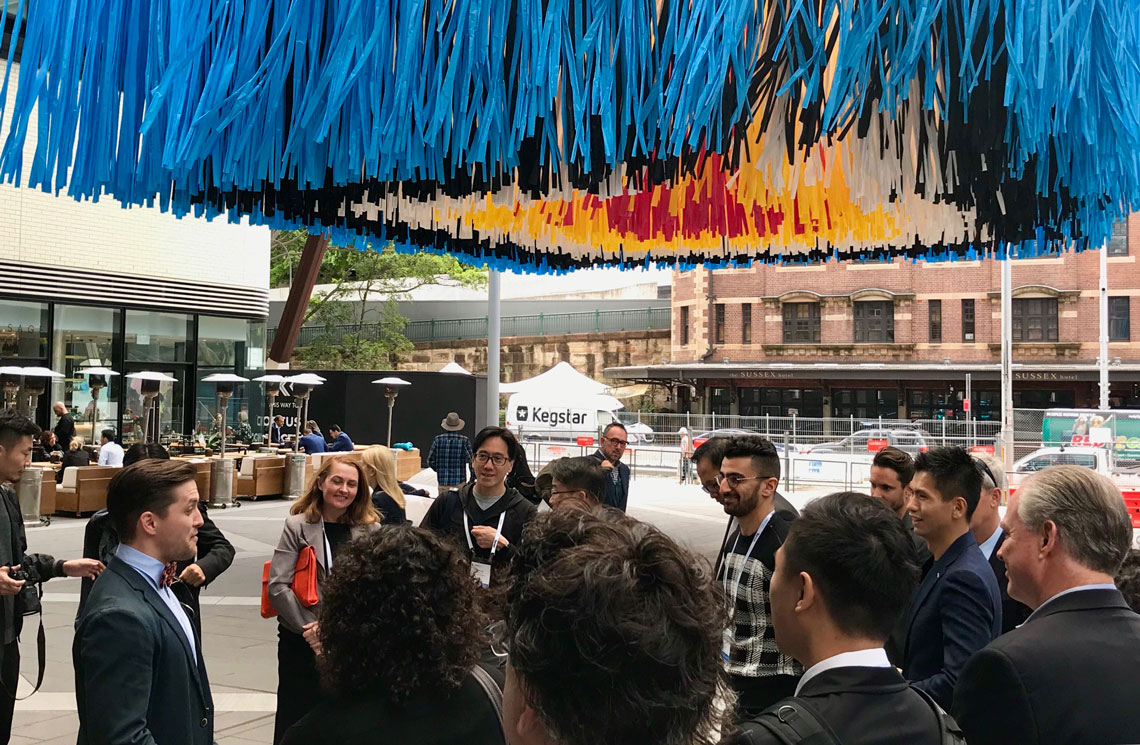