The “Wind Engineering & Wind Tunnel Testing” program was held at CPP Wind Engineering Consultants’ office and wind tunnel. On the trip from the conference hotel, Roy Denoon, the Vice President of CPP, pointed out some sights around the city, as well as buildings that his company had worked on, which would be discussed later in the program.

Upon arriving, Denoon, along with his colleagues Matt Glanville and Christian Rohr, presented the work that CPP does and the effect that it can have on the surrounding urban environment. They highlighted the process they take to test the wind effects buildings could have and showed the hardware and software that they use. They presented real case studies, not only identifying methods that are used in new designs to reduce wind, but also interventions that they can design for existing buildings with particularly bad wind performance.

After the presentations from CPP, Lanchan Attiwill of Mirvac and Scott Clohessy of Frasers Property presented some of the projects they have worked on with CPP and the interventions that were made to achieve better wind performance. The two speakers focused on some of Sydney’s newest developments, primarily discussing The EY Centre and One Central Park, respectively.

After the presentations and a brief question and answer session, the attendees continued the discussion over some snacks and drinks. Following the short break, small groups were formed to explore the different areas of the office and wind tunnel.

As one group went to see the wind tunnel, the other group went into the upper-level office to view some of the computer-based simulations. In the upper-level offices, the three-dimensional virtual building models, with visualizations of the wind moving around the buildings, delivered extraordinary amounts of information, even if the simulations only lasted a few seconds. By inputting different wind speeds and directions, they would be able to accurately predict the changes in wind speed in certain locations. They emphasized that the data collected from the wind tunnel can produce similar information in a matter of minutes, vs. overnight processing on supercomputers, so each the approach to each tunnel test and simulation needed to be carefully chosen. They explained that the wind tunnel can be used for larger urban areas, and the simulations can be used on a smaller scale to study a particular area or wind direction.

After heading back downstairs, the groups were shown the model-making process for the office and some of the wind-measurement hardware used in real buildings to verify the results of their simulations. Next, the attendees were able to physically enter the wind tunnel, experiencing various wind speeds, up to 10m/s. As a demonstration, Rohr brought a typical permeable steel cladding element into the tunnel and showed that when it was positioned perpendicular to the wind direction, it began to make a loud, whistling noise. This highlighted that the wind consultant can be used to explore a building effect on the entire surrounding environment, but also help make detailed decisions about a design, including the choice of a cladding element. After this, the group headed upstairs to see the hardware of the fan itself – once it had already been turned off.

Following some brief final questions and networking, the group returned to the bus for the trip back into central Sydney. 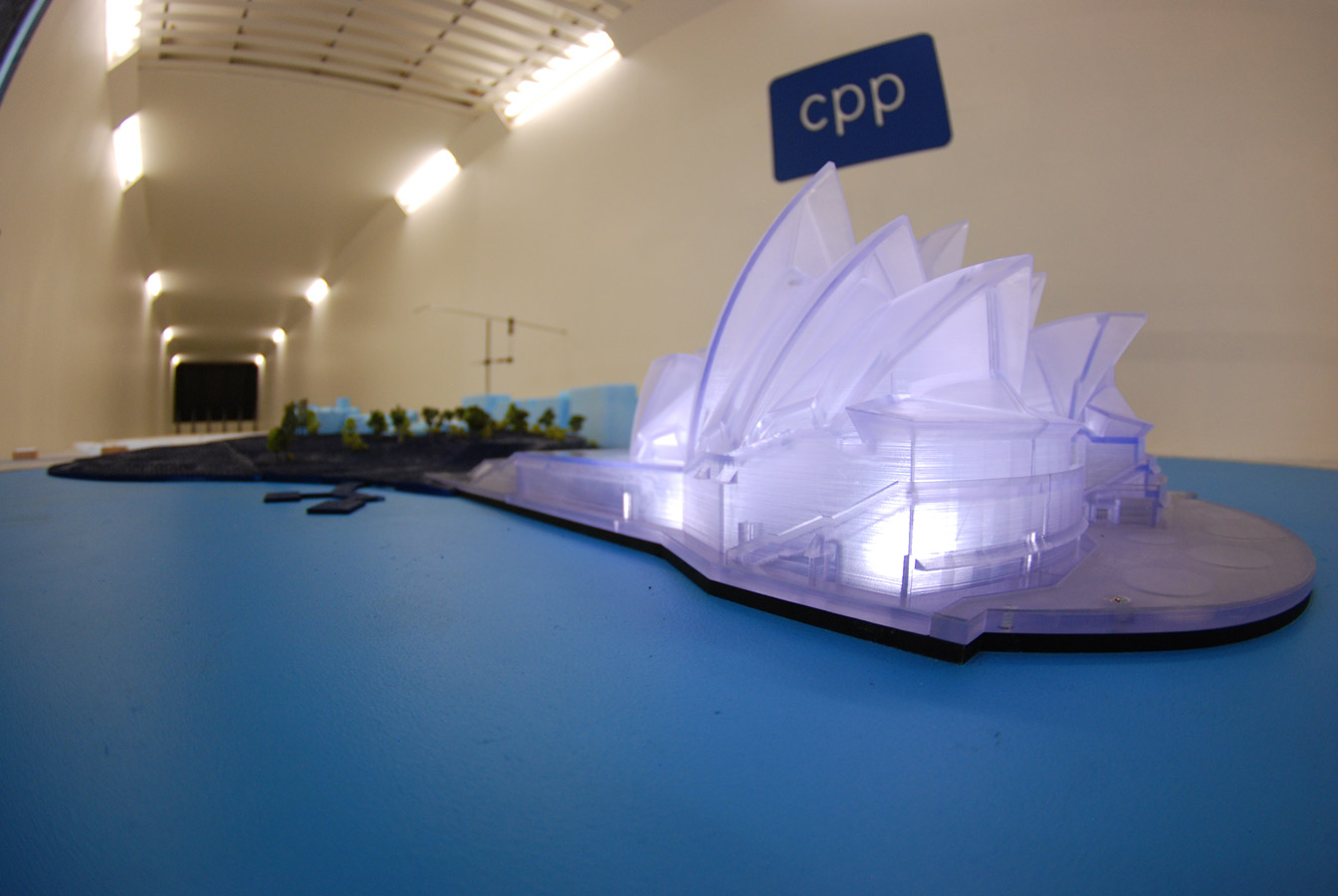 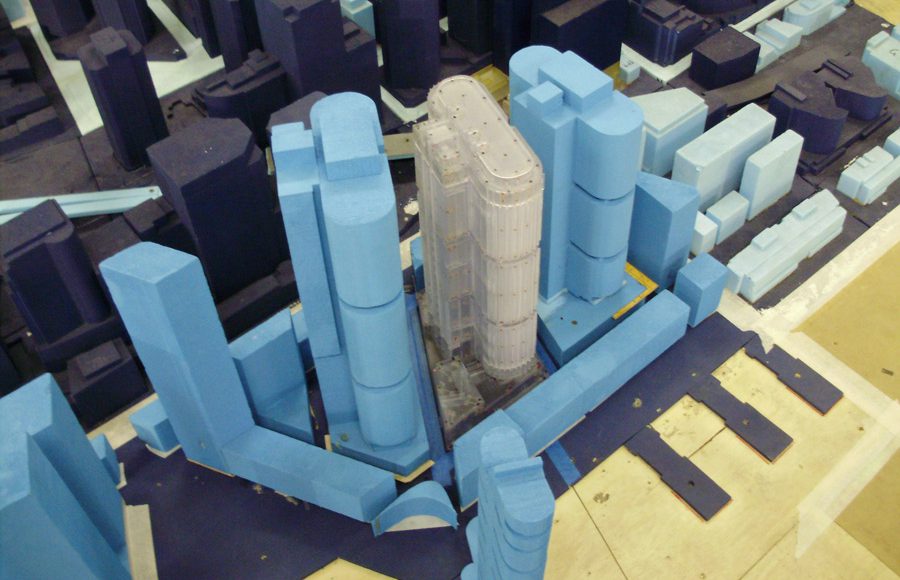 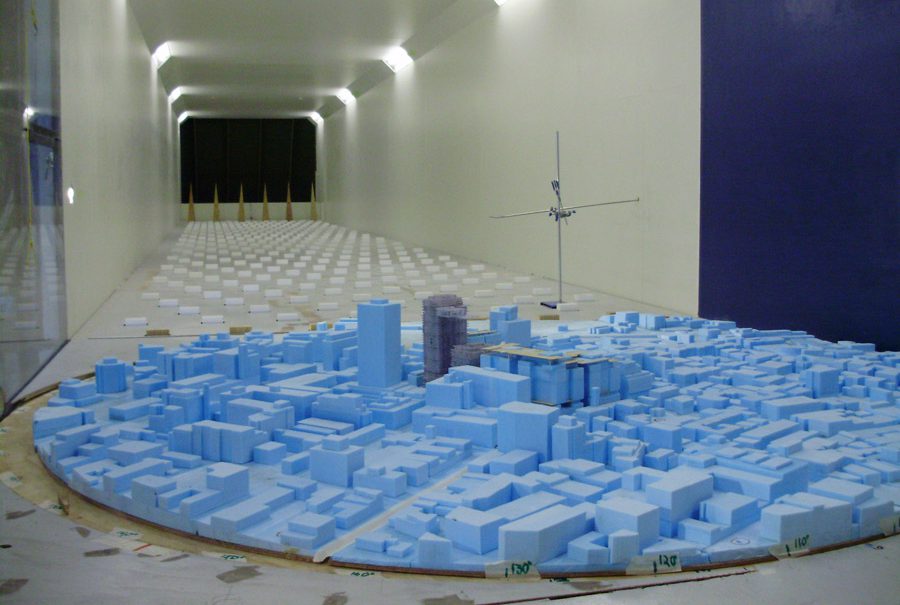 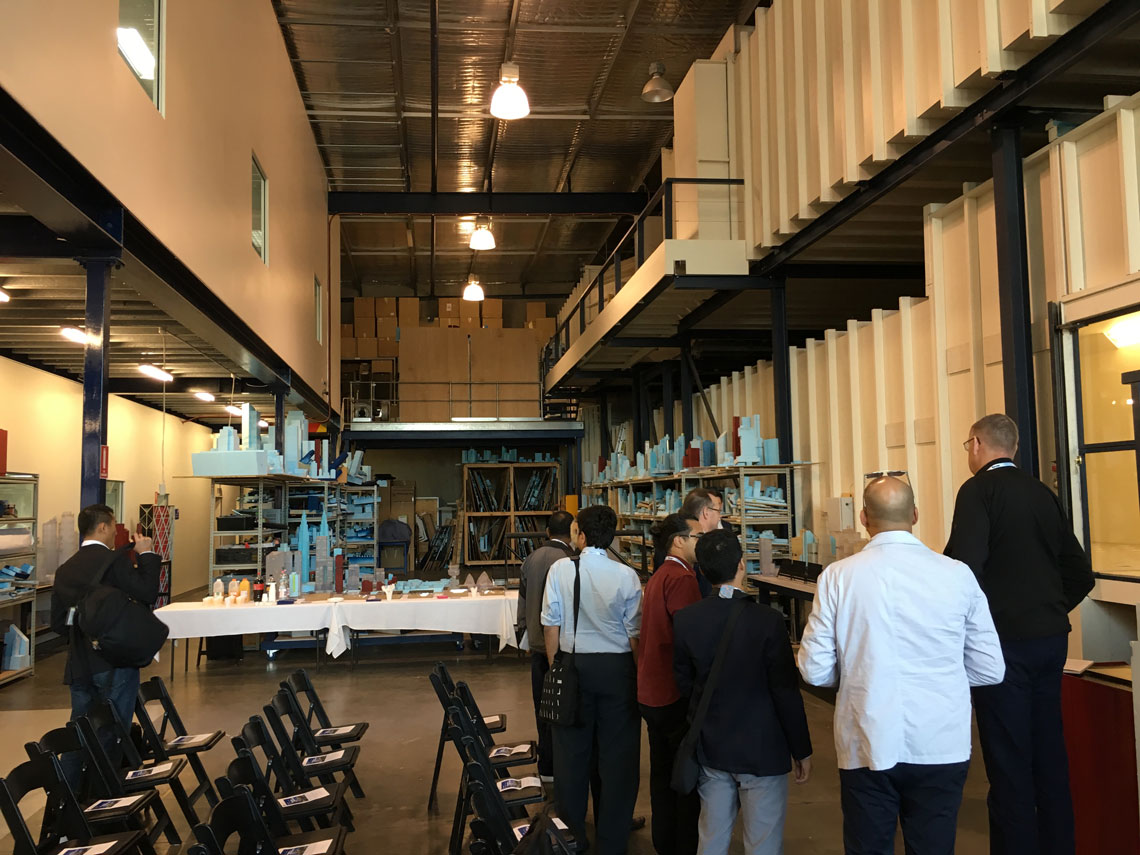 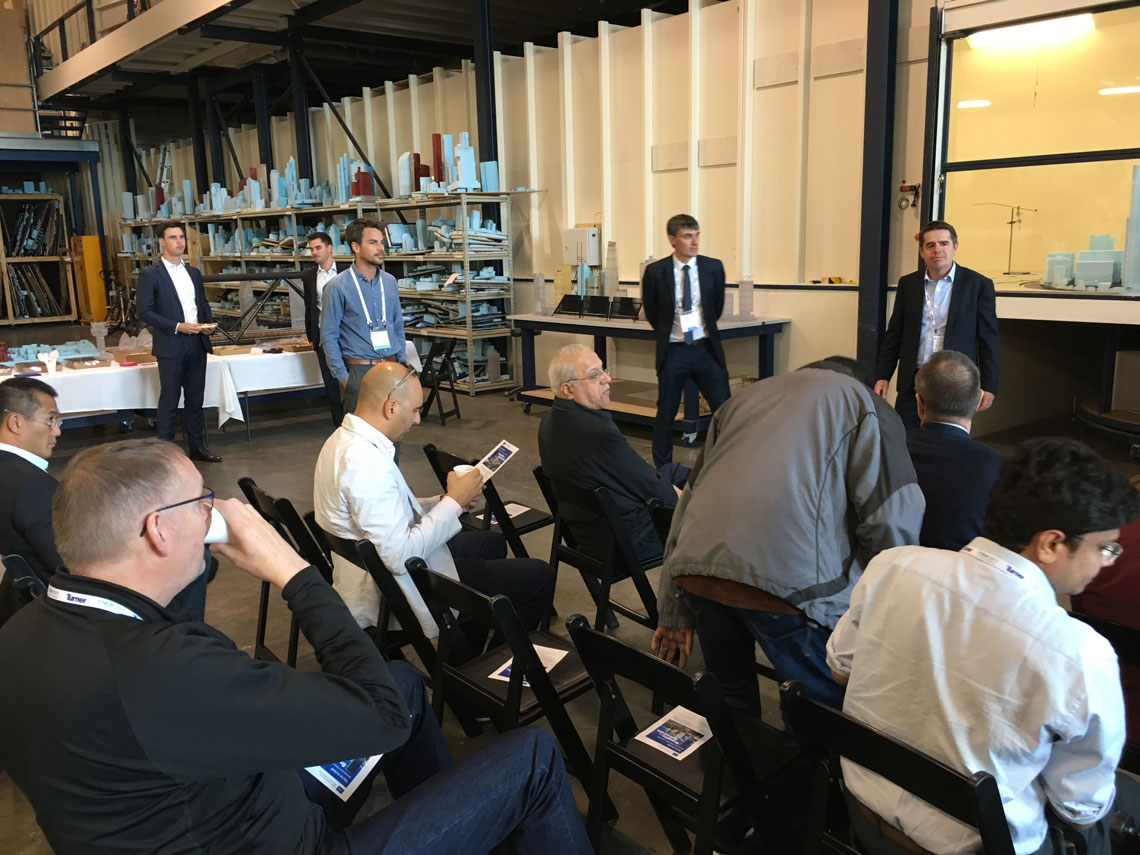 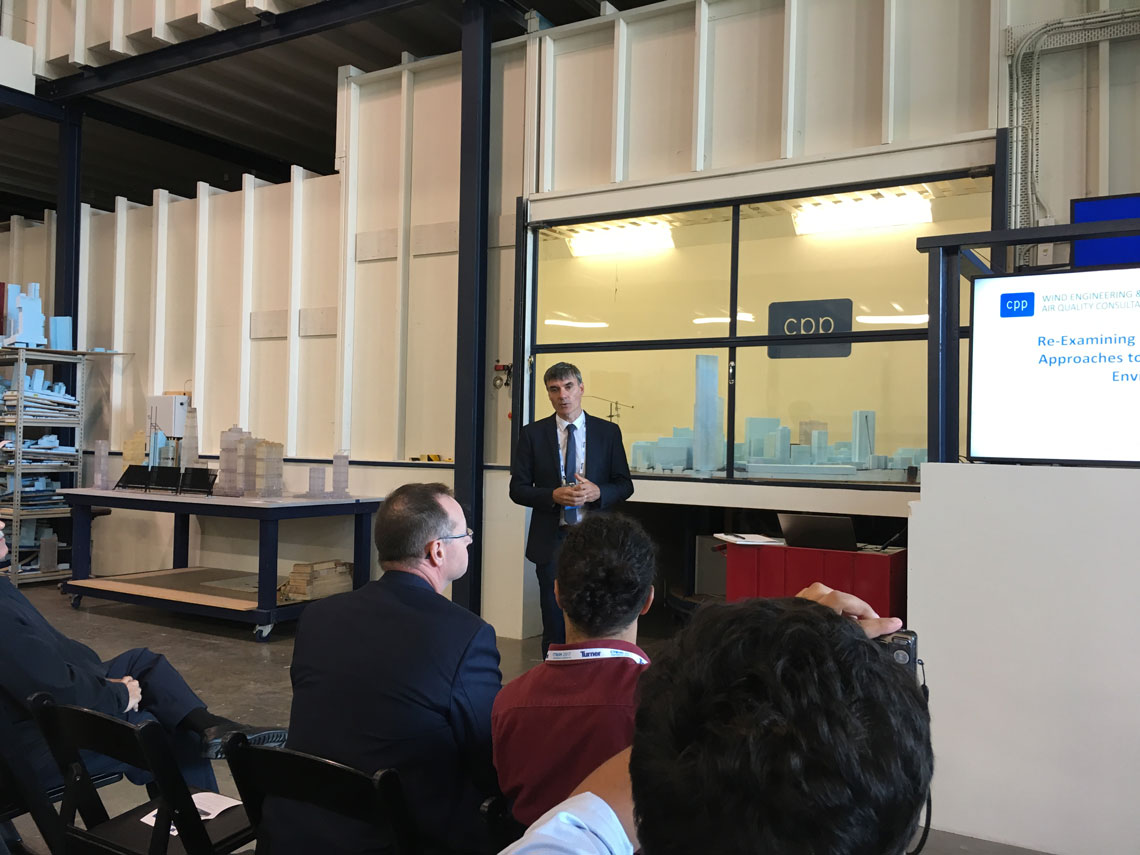 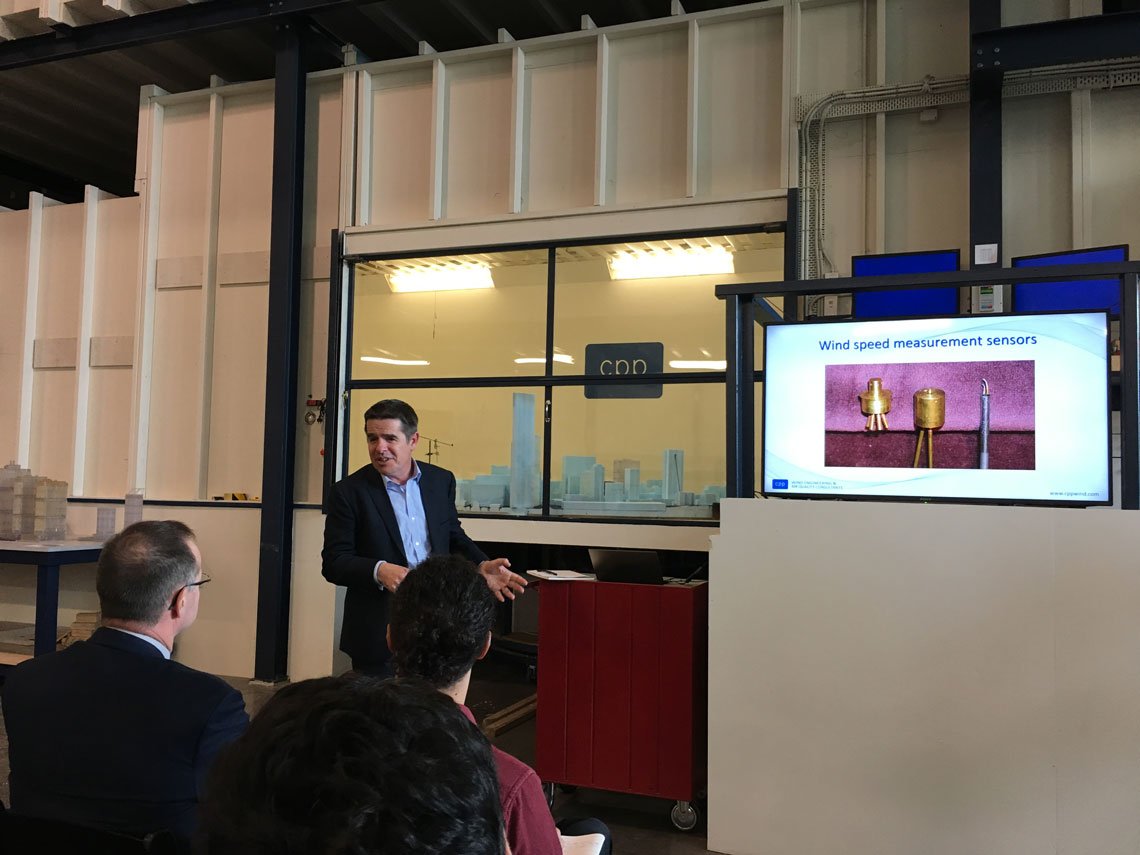 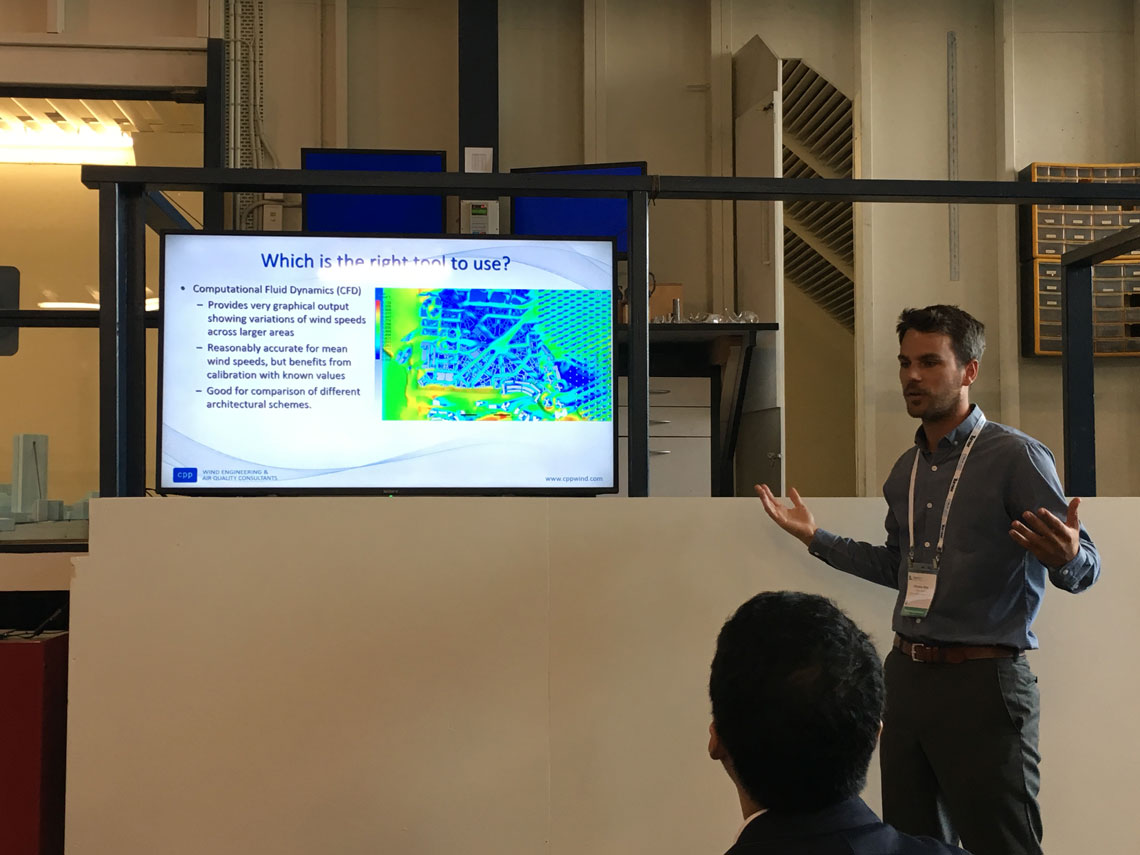 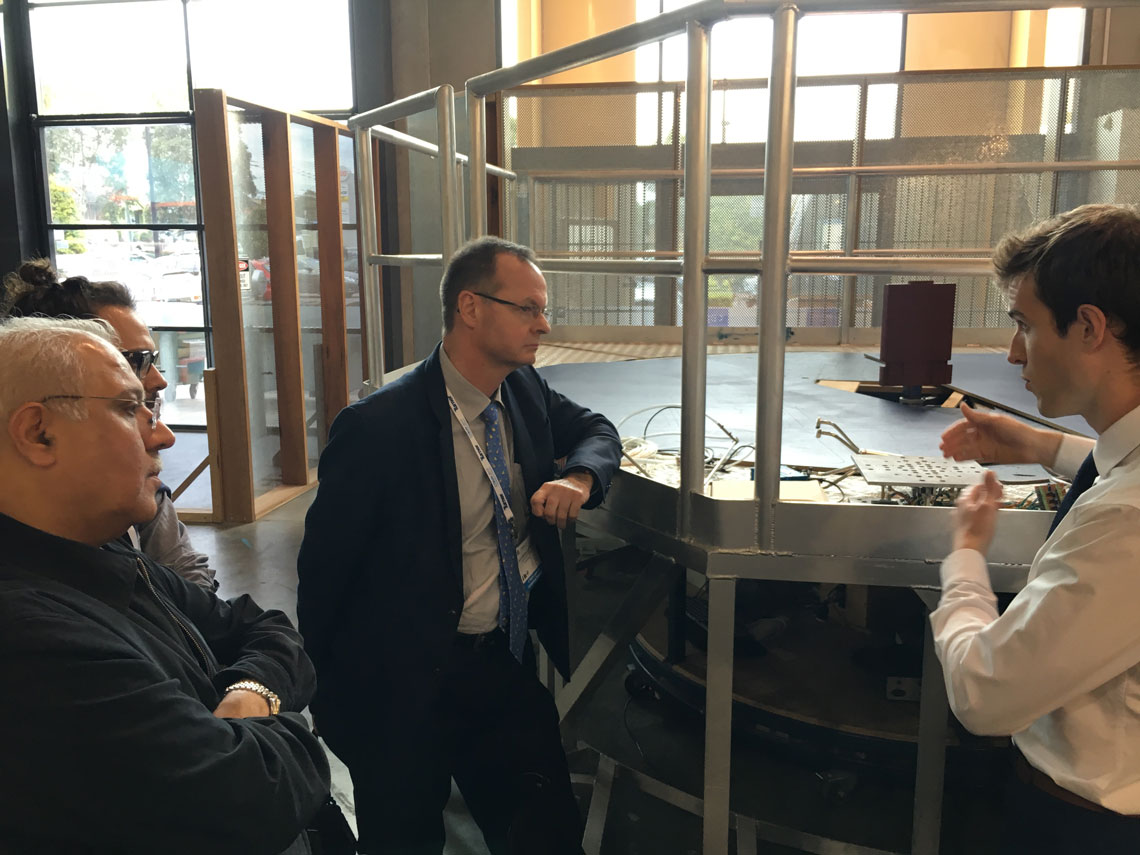 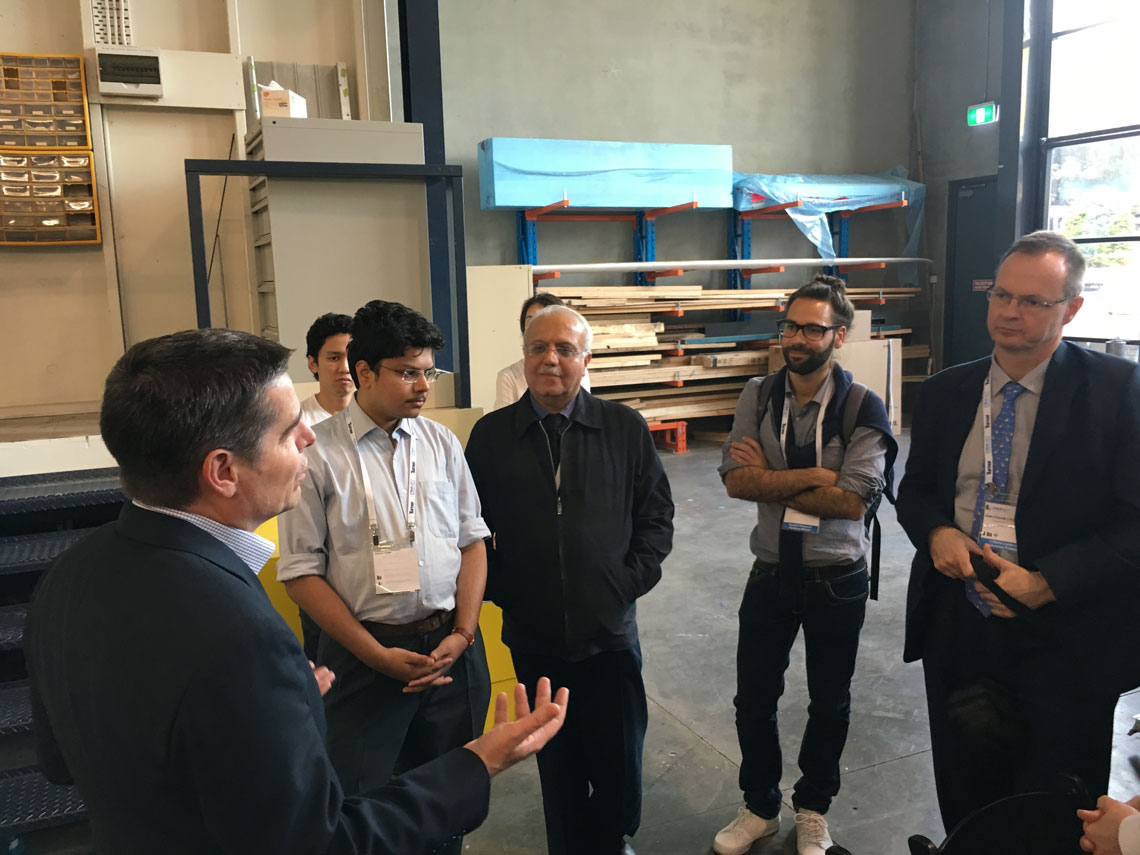 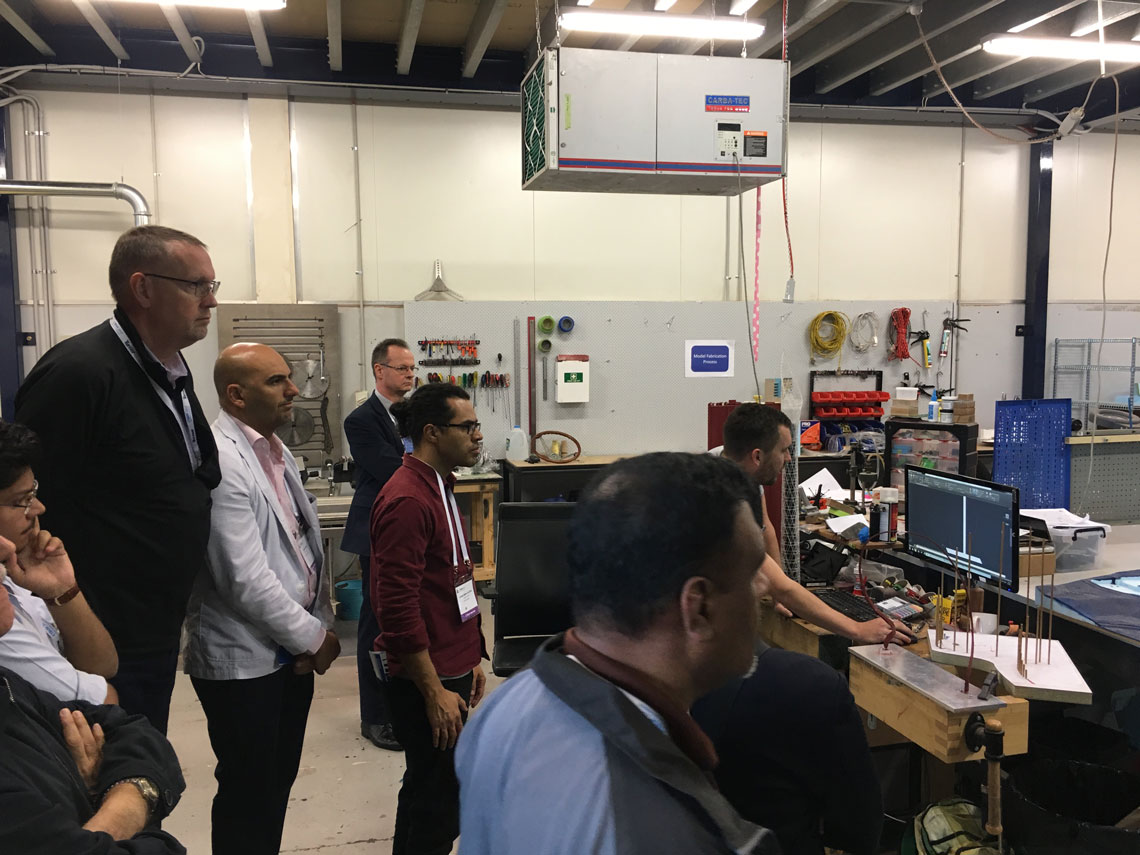 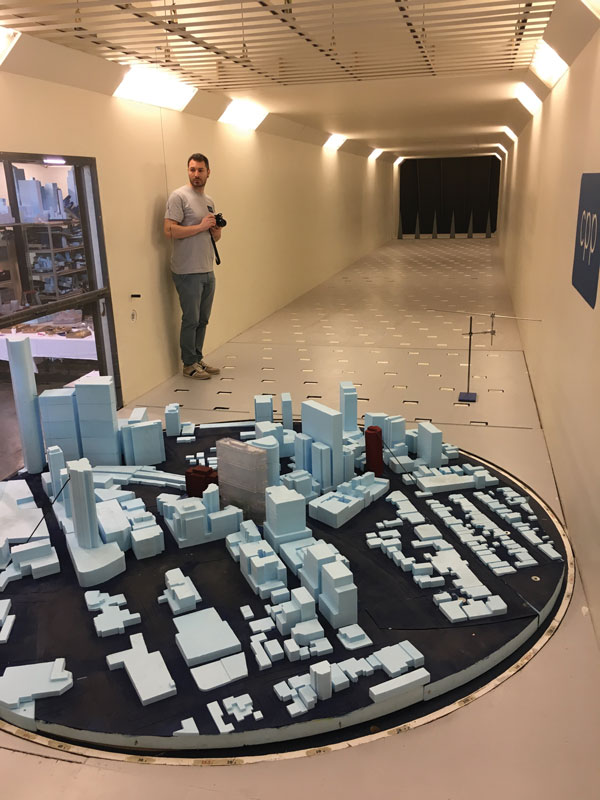 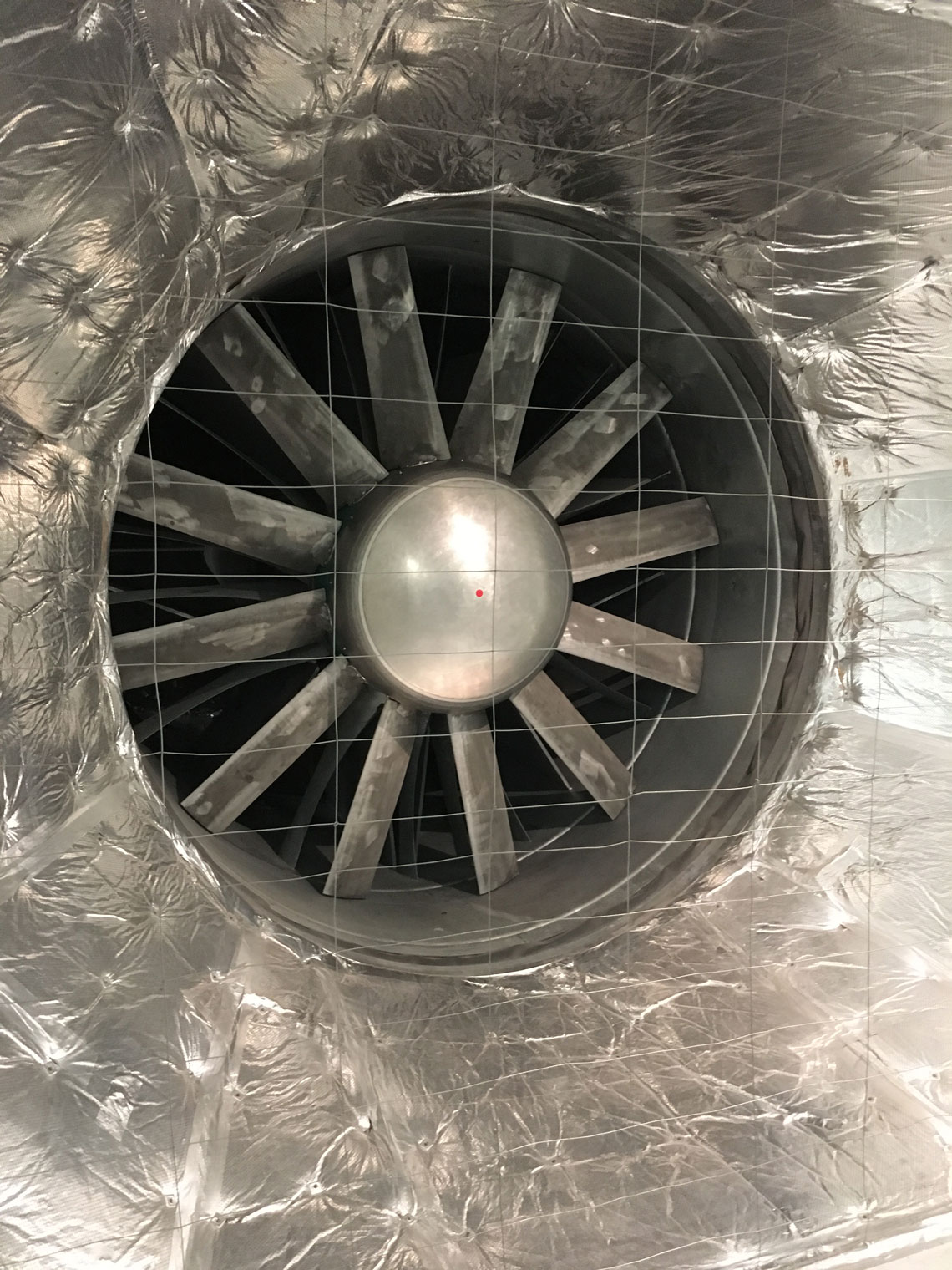