Brookfield’s Wynyard Place, under construction in the heart of Sydney, perfectly embodied the Conference theme of Connecting the City: People, Density & Infrastructure. At the heart of this transformational project is a grand urban room housing Wynyard Station’s new transit hall, opening up connections between the city’s commercial hub of George Street with the historic Wynyard Park and integrating the restored heritage buildings Shell House and 285 George Street. The transit hall will be flanked by prime retail amenity for office workers and visitors, and above will be a new Premium Grade commercial office tower. 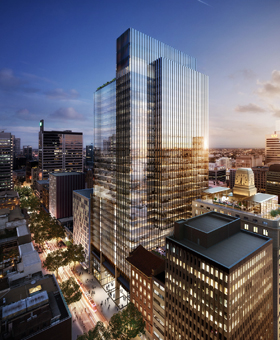 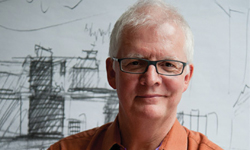 Make is the architecture firm behind Wynyard Place, and its founder, Ken Shuttleworth, delivered a keynote speech at the Conference. Senior colleagues from Brookfield also presented at the Conference. With an appearance characterized by the playful arrangement of interlocking rectangular blocks, the development’s 27-story, 6 Star Green Star-rated office tower will read differently from every angle and optimize views from within.

At ground level, a multi-level transit hall will complement one of the Sydney’s busiest transportation hubs, Wynyard Station, and open onto the newly pedestrianized George Street – tying in retail amenities with a vastly upgraded public domain. This will allow for better connectivity with the surrounding neighborhoods and Sydney as a whole.