THE INSPIRATION OF CINEMA: SKYSCRAPERS, FROM IMAGINATION TO REALITY 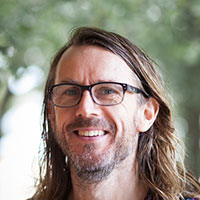 Pre note: I taught a film course at our School of Architecture for over 10 years, with a focus on the role of Architecture and Urban environments in film, so have a massive amount of research and film stills from which to draw on for this presentation. http://www.tboake.com/film.html
I can make it very interesting. Either as a physical presentation by me or as a slide show to run during the conference breaks?

The development of the film industry in the 20th century supported a major shift in the means to express visionary architecture. Freed from the confines of 2D images, cinema was able to bring fantastic architectural dreams to life. These visions, in turn, have served to propel ideas and advancements in skyscraper design.

Fritz Lang’s visit to New York City in October 1924 served as the inspiration for his influential film Metropolis. The Skyscraper Center lists 139 completed by 1925, with the Woolworth building at 57 floors towering well above the rest. The majority of these were situated in Lower Manhattan. How shocking this would have been in comparison to European cities! Metropolis also drew heavily from the drawings of Hugh Ferris, which also propelled ideas in urban form beyond what was currently being constructed. The setback style became the prototype for the city of the future.

Film has been able to more fully explore the potential of the skyscraper than has actual construction. Although restricted by film technology of the early analog period (reliance on large scale models and matte paintings), it was able to also suggest forms and methods of integrated urban transport that were well beyond the building technology of the period. Film looked at our urban future with a density of skyscrapers not even imaginable at the time. The elevated streets and flying vehicles of Just Imagine (a Fox films parody of Metropolis) became more credible in the Fifth Element.

Contemporary film technology knows no boundaries, much like contemporary methods of digital design – both supporting forms and massing still beyond the most advanced construction methods. Gravity and material limitations have little place in cinematic musings. No kilometer shafts are required to test the elevators in the mega structures of film. CG can permit the seamless interweaving of future cities over the present, as in I Robot and Bladerunner, to permit a glance into the more high, dense or dystopic evolution of urban form into recognizable Chicago or Los Angles.

Almost sadly, at a certain point, the public fails to be surprised or impressed by actual advances in skyscraper technology because they have already been conditioned to its existence in film. This in fact pushes contemporary designers to greater limits, and heights. Even destruction has been so realistically portrayed in films such as Independence Day and Armageddon to make for a pause when viewing the destruction of the World Trade Towers.