The Impact of Transit Oriented Development in Hong Kong 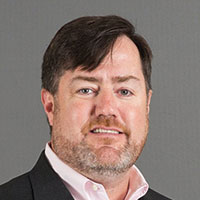 Hong Kong has rapidly evolved within the past few decades and has provided a densely populated urban context to test highly-efficient architecture and urban planning models. Since different parts of the city are connected by efficient infrastructure, public transport mixed-use planning with public transport, called Transit Oriented Development (TOD) has become one of the most effective urban models in Hong Kong. TOD was firstly tested in Shatin during the 1980s. Under this scheme, residential, retail, office, and hotel developments are planned along with the metro network and local public transport interchange. With the great success of the Shatin TOD project, this kind of development model spread quickly all over the city. Similar planning strategies have been applied to the development of Yuen Long, Central, and West Kowloon, etc. creating the unique urban fabric of Hong Kong.

The completion of the Hong Kong–Zhuhai–Macau Bridge and the high-speed rail network increased the connectivity between cities in the Greater Bay Area of China. After the success of TOD in Hong Kong, the comprehensive and highly effective planning strategy is also being practiced elsewhere n the Greater Bay Area. The application of TOD concepts in the development projects in Guangzhou, Dongguan, Foshan, and Zhongshan gained positive feedback from different stakeholders. Through the large-scale upcoming infrastructure network of the Greater Bay Area, the potential for Hong Kong to become more interconnected in the future is explored.