Going Back to Go Forward: Establishing a Sense of Place in Chicago 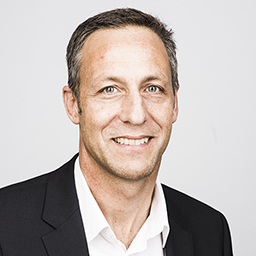 Chicago—arguably the birthplace of the skyscraper, though New York has its claim as well—is well-known for the ongoing evolution of its tall buildings. One Bennett Park, developed by Related Midwest and now Chicago's tallest all-residential tower, is a valuable case study for high-rise living. An exemplar for how to introduce a 21st-century vertical community into a dense urban setting, One Bennett Park enhances its neighborhood from sidewalk to skyline with a design that looks both forward and back, returning to the expressive romance of 1920s Chicago skyscrapers such as the Wrigley Building (Graham, Anderson, Probst & White, 1920) and the Tribune Tower (Howells & Hood, 1925), and pays careful attention to the public realm; the lower levels were carefully designed to integrate into and enhance the pedestrian fabric of the Streeterville neighborhood.

In contrast to the typical Chicago pattern of flat-topped buildings with gridded facades, prevalent from buildings like The Rookery (Burnham & Root, 1888) to the Miesian post-war paradigm, One Bennett Park looks back to slender romantic masonry residential precedents, articulated with stone and cast-stone detailing and punctuated with variously-sized windows that express the variety of the apartments within, rising through a series of setbacks to a memorable crown. The building meets the sidewalk with a highly articulated and carefully detailed street-wall, and marks on the skyline the location of a new public park—a civic amenity, built for all the citizens of Chicago, that is a model for how the ground plane can be sculpted to support the insertion of a vertical community in the heart of the city of the future.