Sydney 2070: Visions of a Future City 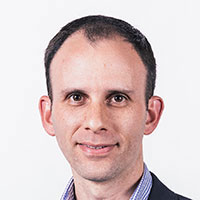 Sydney’s population is predicted by the Australian Bureau of Statistics to increase from 4.6 million to nearly 9 million by 2061. Even without this growth, the city has already surpassed the limits of its 20th century urban model characterized by a car-based, monocentric city core surrounded by low density suburban sprawl. Congestion, long commutes, the adverse effects of climate change, inaccessibility of public transport and decreasing housing affordability are all the by-products of a city model under strain.

To overcome these challenges, Sydney needs a vision for growth that will transform it into a sustainable and equitable Global City. Through a series of design visions for the city center, adapting Sydney to a 21st century urban model underpinned by sustainability, equality and a low carbon future is explored. Investigations include harnessing value capture to create a new public rapid transport system and network of high-density clusters across Sydney; removing aging infrastructure at Circular Quay to create a people place of national significance; leveraging air rights over Central Station to relocate Allianz Stadium over public transport and revitalize the 19th century rail infrastructure; and creating a pedestrian spine on Park Street in the CBD that represents post-automobile urbanization. These visions demonstrate the need for architects to work on city visions unrestrained by institutional boundaries.