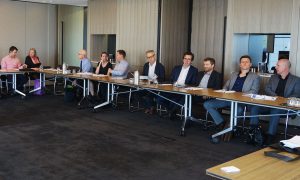 SYDNEY & MELBOURNE – Travelling to Sydney and Melbourne in planning for the 2017 CTBUH Australia Conference, CTBUH Executive Director Antony Wood had a full itinerary of meetings, presentations, and site visits to both promote and formulate the proposals for the event taking place from October 30 to November 3 later this year.

The week kicked off with a visit to the Hyatt Regency with Conference co-chairs Philip Vivian, Director, Bates Smart; Jeff Morgan, Associate Principal, Grimshaw Architects; and Ken McBryde, Principal, Hassell, to tour the venue and formulate how the conference can best use the available spaces to their greatest advantage. The new Hyatt Regency facilities, recently opened at the end of 2016, offer spectacular views across Darling Harbour, while providing a premium location and facility for this year’s conference.

The visit to Sydney also provided the opportunity to meet with several leading Australian companies to get them involved in the conference, including Lend Lease, Brookfield Properties, AMP Capital, Mirvac Properties, Charter Hall and Investa. The Council is hoping to gain support from key Australian-based owner/developers to showcase the country’s top urban developments, either through presentations at the conference or off-site programming at the projects themselves. 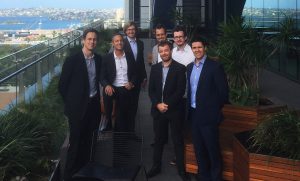 Members of the Sydney Steering Committee visit the mid-height roof terrace at 8 Chifley after the steering meeting, kindly hosted by Corrs Chambers Westgarth.

Plans for the 2017 CTBUH Conference were brought further along at the Sydney Steering Committee meeting held in the boardroom of hosts Corrs Chambers Westgarth on the 17th floor of 8 Chifley, a fitting setting for the gathering and discussion. Well over 20 representatives from Australian-based member firms attended the meeting to further advance the thinking around the conference topic of Connecting the City: People, Density & Infrastructure. A highlight of the meeting was the visit to the 14th floor external terrace afterwards, with fantastic sweeping views of Sydney. 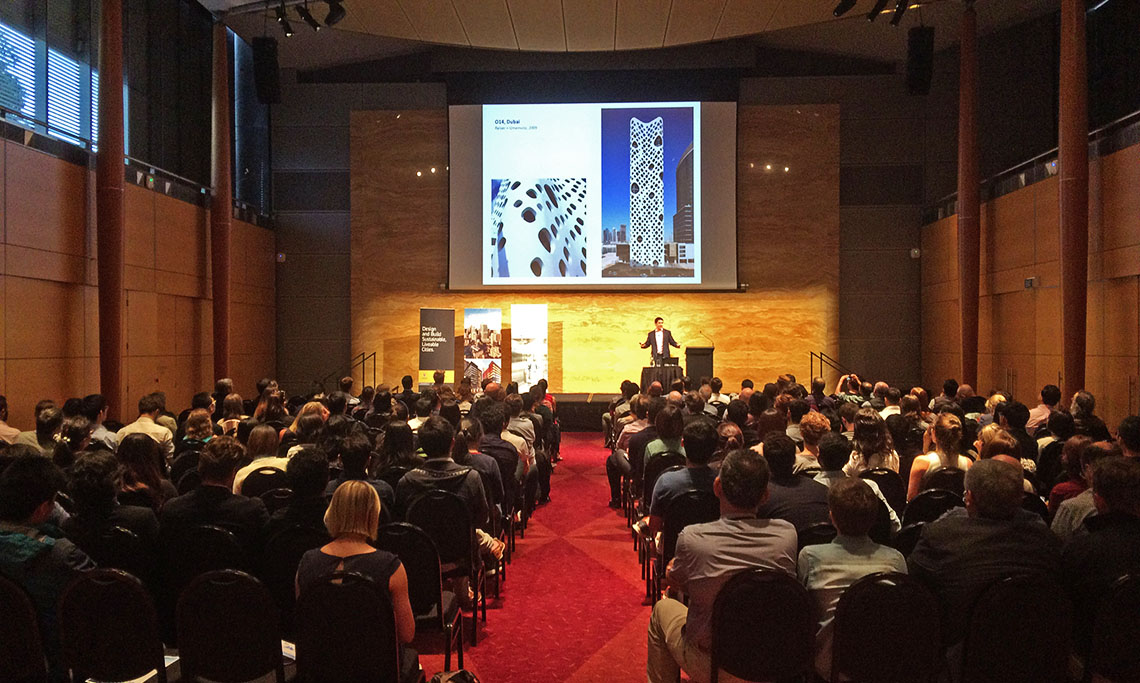 Over 250 people were in attendance at UNSW’s Leighton Hall, students, academics, practitioners, and the public.

Following the planning meeting in Sydney, Sydney committee members Dr. Philip Oldfield and Dean Helen Lochhead, both UNSW faculty members of the Built Environment, organized a well-attended event at the University of New South Wales, kindly sponsored by Brookfield and Schindler, where Wood presented on “Australia and the Future of Sustainable Urbanism.” The inspiring talk generated a lot of great discussions that led well into the evening’s reception to follow, offering a glimpse of the conversations that will come out of the conference later this year. Some of Dr. Wood’s more poignant comments were picked up in several Australian media outlets, including Domain and The Age, focusing on qualities, both positive and negative, that define Sydney’s high-rise vernacular. 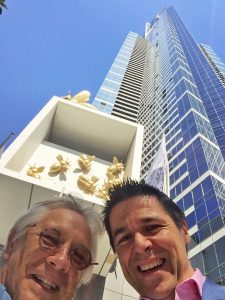 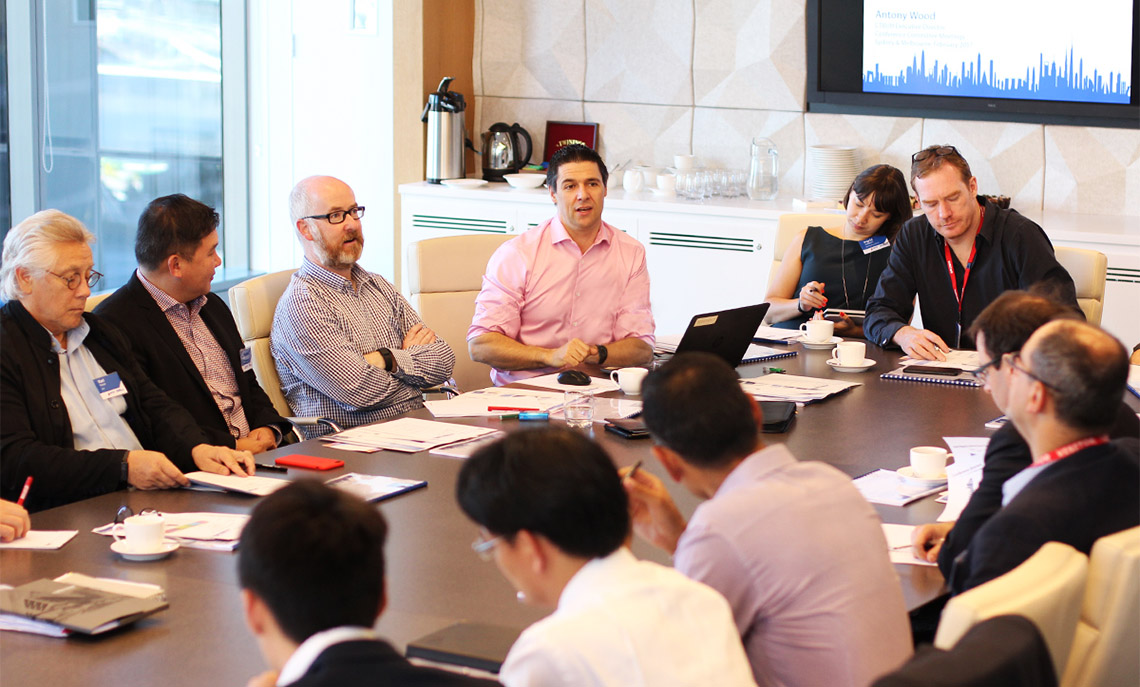 The Melbourne contingent of the steering committee focused on the conference regional city programming. The Meeting was kindly hosted by WSP | Parsons Brinckerhoff.

With the trip to Sydney garnering several positive outcomes, the next step was to extend those successes to Melbourne, where another steering committee meeting and university lecture continued to build support for the conference. Further, Wood enjoyed a personal tour of the city’s tallest building, Eureka Tower, with the architect of the tower, Karl Fender, Director, Fender Katsalidis Architects, in order to explore opportunities for incorporating the tower in the conference. 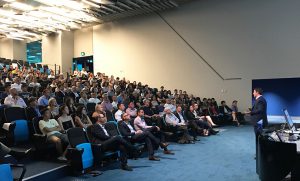 Dr. Wood presents to a full crowd at the Melbourne School of Design.

Later that night, Wood again presented on the “Future of Sustainable Urbanism,” this time at the Melbourne School of Design, an innovative building that will feature as a venue during the Melbourne portion of the conference. The lecture halls, workshops, and “studio hall” that define the building will be an excellent backdrop to discuss Melbourne’s urban condition. Like the talk in Sydney on March 7, this event launched interesting debates that will be picked up at the conference and garnered extensive local media coverage that raised awareness of the upcoming event.

Finally, the trip to Melbourne included meetings with Probuild, Multiplex, PDG, and ISPT, focusing on ways to support the conference through speaking sessions, sponsorships, and off-site programming.

The trip to Sydney and Melbourne confirmed the Council’s decision to hold the conference in Australia and that the 2017 Conference will be a great success.